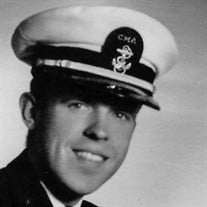 Withold “John” Brazinskas 79 of Tequesta, Fl. passed away Sept. 26, 2021 at the Terrace Rehab Facility in Hobe Sound, Fl. He was born June 7th , 1942 in Flatow, Germany to Walter and Greta Brazinskas and emigrated to Chicago at the age of 9. As a teenager, he was very interested in boating and joined the Sea Scouts where he had a chance to go rowing on Lake Michigan and camping in Wisconsin where he learned to sail a boat. He went to school in Vallejo, California where he attended the California Maritime Academy and became a Merchant Mariner. His career took him to the Orient, on a troop ship taking soldiers to Vietnam, through the Panama Canal several times, and around South America. He married his wife, Regina in 1967 and shortly after that, quit going to sea and went to work for Pratt& Whitney in Connecticut as an aerospace engineer. His career with Pratt & Whitney gave him the opportunity to move to Florida and relocate to Oklahoma, back to Florida, Montreal, and Florida where he retired. He enjoyed reading and was quite a Civil War buff. He enjoyed Classical music, woodworking and built several pieces of furniture for the family. He continued sailing and frequently raced on the St. Lucie River. He also enjoyed camping and hiking and anything nature related. He had a great sense of humor, loved to laugh and make others laugh. We had a lot of family “inside Jokes”. John’s joy in life were his grandchildren, 15 year old Rachel and 13 year old Travis. John loved his Boston Terrier, Sherman, and his cat, Toby and would make sure you were always greeted by this welcoming committee. John is survived by his wife of 53 years, Regina, his son Michael ( wife Renee), his daughter Lisa Lee, ( husband Robert), and grandchildren Rachel and Travis . He was predeceased by his parents, Walter and Greta Brazinskas and his brother Victor.

The family of Withold " "John" Brazinskas created this Life Tributes page to make it easy to share your memories.