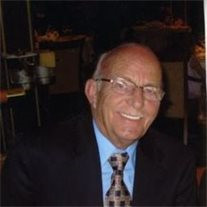 William "Bill" "Sarge" Williams, age 75, born in Philadelphia, Pa passed away Peacefully March 3, 2016, at his home in Jupiter, Florida surrounded by his loving wife, Lynn and son Scott. He is survived by his children Valerie Roy, Brian Williams, Bill Williams, Jr., Carol Burkhardt, Scott Williams, Kim Swick and 9 grand- children. Bill was a graduate of Villanova University where he majored in criminal justice. Upon graduation Bill entered the Marine Corp September 1958 where he served four years. Upon his honorable discharge he joined the Marple Township Police Department, retiring as a Sargent after 32 years of service. During his years of police work, he was an advocate against domestic abuse, active with MADD, The Optimists Club and other community service initiatives. Fulfilling a lifetime dream, Bill and Lynn retired to the Jupiter, Florida area in 1998 where he was President of his condo association for 15 years, was a bridge tender, security guard and active member of the American Legion, as well as the Marine Corp League. A memorial service to celebrate his life will be held Tuesday, March 8, 2016, 3 pm at the Rood Williams American Legion, 775 US 1, Tequesta, Florida, 33469. In lieu of flowers, donations can be made to the American Legion Post 271, Tequesta, Florida, 33469. "Job Well Done, Marine"

The family of William Williams, Sr. created this Life Tributes page to make it easy to share your memories.