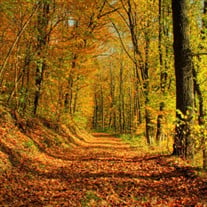 William “Bill” Cranmer, Jr. passed away on April 23, 2020 at 73 years old. Born on December 28, 1946 to William Sr. and Dorothy in Mount Holly, New Jersey, Bill was an avid sports fan and athlete, playing baseball and basketball for Pemberton High School in Pemberton, New Jersey. After working all around the country and going to school, he went on to get his master’s degree and had a career in accounting for over 30 years, eventually owning his own business. He was a loving husband, dedicated father and loyal friend, whose heart, loyalty and laugh will be missed tremendously. Bill is survived by his daughter, Cassie, future son-in-law, Charles Orozco, sister and brother-in-law Carol and Leigh Dow, uncle, Paul Cranmer, sister-in-law, Paige Cranmer and his shadow, Oreo the cat. He is reunited with his wife, Carla, mother Dorothy, father, William Sr. and brother Ed Cranmer. A celebration of life will take place at a later date.

The family of William "Bill" Cranmer Jr. created this Life Tributes page to make it easy to share your memories.