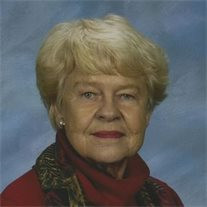 Tina Mahar McNally, 79, a well-known Hartford philanthropist and a long-time resident of Woodland House, died on January 6, 2012 at Arden Courts in Farmington. She was the widow of the late Alexander C. "Sandy" McNally, the former chief wine buyer for Heublein, Inc. Born in Tartu, Estonia on March 13, 1932, Tina was the daughter of the late Rudolf Mahar and Eveline Piirak Mahar. The family suffered under the Russian occupation during World War II, and her father- a teacher and government official- was exiled to Siberia and died there. Tina's mother, also a teacher, and Tina fled Estonia with the retreating Germans to Austria, and after the war they settled in New Jersey. Tina's brother, Harald, remained in Estonia and died there in 1994. She is survived by a niece (her brother's daughter) Tiina Mahar, and grandniece, Marion Koljal, of Harjumaa, Estonia; a cousin, Lelia K. Keerma and her sons, Michael Keerma (Tina's godson) and Peter Keerma of Toronto, Canada; a cousin, Anthony Kana, of Vancouver, Canada; a cousin, Anna K. Kork of Tallinn, Estonia; and a niece, Carol McNally, of West Lafayette, Indiana. Tina graduated from the Handelsakademie of Salzburg, Austria. She worked at General Foods Company in New York. After marrying Sandy McNally, they lived a peripatetic life, traveling frequently to Europe to visit vineyards and wineries and befriending many European wine-makers, aristocrats, and government officials. They also wintered in Puerta Vallerta, Mexico- a tradition which Tina continued until recently. Both she and her husband were greatly interested in classical music, with frequent trips to New York to the opera and symphony there, and each summer they attended the music festivals in Salzburg, Austria. Sandy was a benefactor and a trustee of the Hartt School of the University of Hartford, and after his death Tina endowed an annual Hartford Symphony Orchestra concert series in his memory on the weekend nearest Valentine's Day. She was also one of the largest annual donors to the symphony. Tina was a great fan of Mariachi music and Irish music, attending music fests at various clubs in the area where these popular musicians play. In addition, she was a substantial contributor to the World Affairs Council, the Mark Twain Memorial, the Republican Party, and to many Estonian-American charities. A memorial service will be held on Saturday, February 4, 2012 at 11:00 a.m. at Immanuel Congregational Church, at Woodland Street and Farmington Avenue in Hartford, CT, with Rev. Dr. Edward G. Horstmann of that church and Rev. Uudo Tari of the Estonian Evangelical Lutheran Church officiating, followed by a reception at the Town and County Club, 22 Woodland Street in Hartford. In lieu of flowers, donations may be made in Tina's memory to the Estonian Evangelical Lutheran Church, c/o Tina Ora, Treasurer, 9 Rundelane, Bloomfield, CT 06002; to the Hartford Symphony Orchestra, c/o Jesse Vanek, Director of Development, 99 Pratt Street, Suite 500, Hartford, CT 06103; or to the Hartt School of the University of Hartford, c/o Caroline Doty, Development Director, 200 Bloomfield Avenue, West Hartford, CT 06117.

Tina Mahar McNally, 79, a well-known Hartford philanthropist and a long-time resident of Woodland House, died on January 6, 2012 at Arden Courts in Farmington. She was the widow of the late Alexander C. "Sandy" McNally, the former chief wine... View Obituary & Service Information

The family of Tina (Mahar) McNally created this Life Tributes page to make it easy to share your memories.