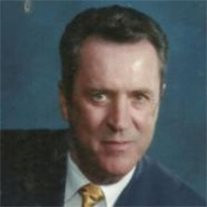 Timothy Loren King formerly of Sciotoville, OH, entered Heaven peacefully on Wednesday, July 21, 2011 at 11:30 AM after a dignified 34e battle with cancer. He was surrounded by his loving family and his beloved and dedicated wife, Monica King at their Hobe Sound, FL home. Born January 24, 1943 in Highland Bend, OH to the late Walter A. and Thelma J. Bowling King, he was their youngest son. Tim and his brother Roger D. (Peggy) King of Lucasville built a strong bond, caring for their mother in here final days; then sitting with her in hand as she enter heaven. Tim's interests in business emerged at the early age of fourteen, when he began a lending business. He also performed many chores with the help of his trusted mule Jack. At the age of eighteen, Tim immediately joined the Navy and quickly progressed to the ranking of Chief Legal Officer. During his nearly sixteen years of service, Tim earned a Bronze Star and Vietnam Service Medal. Tim left the navy in 1976 to pursue a real estate career. During the period of 1987 to 2004, Tim developed more than 5000 homes of which 3,000 were developed for low-income families. While serving his country, he married Terri George, now of Oregon. They are the parents of one child, daughter, Traci L. King Priebs of California. Traci is the parent of Tim's three grandchildren, Lauren, Cameron and Preston. Along with his second wife, Mary Murphy, now of California, they built Champion Ballroom Academy and spanned the globe in search of talented ballroom dancers. They hosted many dancers from Russia, aiding in establishing their successful careers. Mary serves as one of the judges of the popular TV show "So you think you can dance". His many business ventures and travels to every continent led him to his soul mate and love of his life, Monica. Together, they are the parents of on child, son Sebastian King, who is studying architecture in Monica's home country of Columbia. Their charitable work and dedication to those in need will impact generations to come. While highly successful in real estate, investments and the military, Tim was very proud of being "a boy from Highland Bend". His latter days were reflective of the way he lived his daily life, with compassion and striving to help others. Being twice a cancer survivor, during this 3rd and last battle he participated in pioneering cancer treatments to aid others fighting the disease. His final days were focused on resolving all arrangements that would ensure that those he loved would be cared for in his absence. We are honored and eternally grateful that God chose us to be a part of this man's life and legacy. Tim is survived by numerous friends and treasured family members here in the US and in Columbia. A Mass of Christian Burial will be celebrated at 1PM, Monday, July 25, 2011 at St. Jude Catholic Church in Tequesta, FL. Friends are invited to meet with the King family from 4-8 PM on Friday, 12 Noon to 5PM on Saturday at the Taylor & Modeen Funeral Home, 250 Center St., Jupiter, FL. For directions and online condolences, please visit www.taylorandmodeen. com

Timothy Loren King formerly of Sciotoville, OH, entered Heaven peacefully on Wednesday, July 21, 2011 at 11:30 AM after a dignified 34e battle with cancer. He was surrounded by his loving family and his beloved and dedicated wife, Monica King... View Obituary & Service Information

The family of Timothy Loren King created this Life Tributes page to make it easy to share your memories.