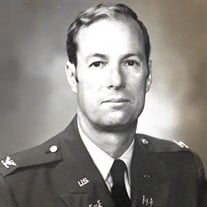 Tilford Cameron Creel, Colonel U.S. Army Corps of Engineers (retired) died peacefully on December 26, 2020. Col. Creel was born in Des Moines, IA on January 30, 1930 and was the seventh generation of his family to serve in the military. He first enlisted in the army in 1948 and served in the Philippines on a surveying team. Upon exiting the military, he attended Johns Hopkins University, where he received a Bachelor of Science in Civil Engineering and was commissioned as an officer in 1954. He held a Master of Arts in Education from Northeastern University and was a graduate of the Army Command and General Staff College and U.S. Naval War College. His military decorations include the Distinguished Service Medal, two Bronze Stars, two Meritorious Service Medals, one Air Medal, and an Army Commendation Medal. Til served on active duty for over 32 years including command assignments as Commander and Director, Waterways Experiment Station, Vicksburg, Mississippi; District Engineer, Savannah District; Commander, 18th Engineer Battalion (Combat), Fort Devens; and Company Commander, 13th Engineer Battalion, 7th Infantry Division, Korea. His major staff assignments included Assistant Director of Civil Works, Upper Mississippi Basin, Washington, D.C.; Branch Chief, Office of the Chief of Legislative Liaison, Department of the Army; Deputy Operations Officer, 25th Infantry Division, Vietnam; Chief of the Command and Staff Division, Aberdeen Proving Ground; Project Officer, 3rd Logistic Command, France; Assistant Professor of Military Science, Northeastern University; and 7th Infantry Division, Korea. After retiring from the military in 1984, Til served first as the deputy executive director and then as the executive director of the South Florida Water Management District from 1991 to 1994. Col. Creel is survived by his sister, Margaret, his brother, George; four children, Nancy (husband Alan), Martha (husband Walt), Tilford (wife Ellisa), and Alexandra (husband Kazuya); and five grandchildren, William, Nina, Elizabeth, Kaito, and Takuya. His brother, Buckner and his sister, Cornelia predeceased him. His wife of 37 years, Janet Grace Jones, died in 1996. He will be buried with her in Arlington National Cemetery at a later date. At age 90, he was giving history lectures using PowerPoint, texting funny comments from his hospital bed and participating in Sunday night Zoom cocktail hours with his kids and grandkids. He was so good natured and fun loving that when asked to dress up as a biker for Halloween at his assisted living facility, he did, walker and all. While an engineer by training, he had a great eye for art and architecture. He moved every few years and he and his wife made each home distinct and elegant, even raggedy army housing. His art collection was unique and diverse and a reflection of his interests. He was also a talented gardener and his children have fond memories of him moving rose bushes from army post to army post. For every new place his family moved to or visited, he made sure that his children were taken to historical sights. His children have an exhaustive knowledge of presidential homes and libraries, as well as military battlefields. They were fortunate to live near the many museums in Washington D.C. and had the rare honor of having the portraits of their ancestors placed on exhibit in the Corcoran Gallery. Til loved to collect beautiful and interesting things, including Boehm plates, silver Christmas ornaments, and commemorative presidential medals from the U.S. Mint. He refused to buy one for the 45th president on principle. He really was the King of Christmas. From choosing great gifts (and sometimes spectacularly crazy pink poodle presents) to creating a special Christmas theme each year, he celebrated the season. Last year, he hosted a holiday party for his friends and neighbors. He cared so deeply about his country and served his country proudly and with honor. To that end, he was awarded the highest peacetime award given in the military. This year’s election win by Biden made him extraordinarily happy as he believed the country would be headed back in the right direction. He touched us all with his spirit, love of life and interest in all we did. His death has left a big hole in our lives.

Tilford Cameron Creel, Colonel U.S. Army Corps of Engineers (retired) died peacefully on December 26, 2020. Col. Creel was born in Des Moines, IA on January 30, 1930 and was the seventh generation of his family to serve in the military. He... View Obituary & Service Information

The family of Tilford Cameron Creel created this Life Tributes page to make it easy to share your memories.