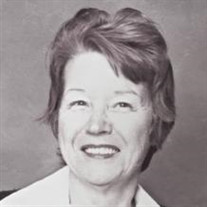 DAVIS, Theodoris “Teddie” E. Teddie, 95, passed away on April 3, 2019 in Jupiter, FL. She was born in Austin, Minnesota on November 14, 1922 to Joseph and Laura Noirot. She met and married Charles Owen Bennett, who was in the Navy, in Miami, FL where she was a beautician. After the WW II, she moved with her family to Franklin, Indiana, where she owned a beauty salon. In 1958 Teddie and her family moved to West Palm Beach, FL, where she owned Teddies Beauty Salon prior to moving her business, which she operated until the early 1980s, and later her residence, to Lake Worth. In 1989 Teddie and Charles relocated to Lake Placid, FL. After Charles’ passing in 2000, Teddie, at age 83, met and married Gordon Davis in 2003, with whom she was very happy helping tend to a citris grove and breed parakeets. After Gordon’s passing in 2012, Teddie moved to Courtyard Gardens Assisted Living in Jupiter to be near her two sons. Teddie’s early life during the Great Depression was difficult, her family having to follow work from place to place. At one point she lived in a tent while her father worked on the Boulder Dam. Her mother, Laura, died when Teddy was only 13, after which Teddy was raised in orphanages until she was taken in by “Mother Burger”, in Miami, FL. Mother Burger gave Teddie room and board while she worked in Ms. Burger’s day care business and went to beauty school. Mother Burger remained a life long friend. Despite her difficult early years, Teddie had a big upbeat personality along with plenty of determination. She was a great mother, loved animals and would laugh at almost anything. She always had a good time among family and friends and in her beauty salons, where laughter by her and her customers could always be heard. Teddie is survived by her two loving sons, Tracy Owen Bennett of Jupiter, FL and Jerry Lee Bennett of Loxahatchee, FL, four grandchildren, Allison Fladung of Columbia, SC, Teresa (Teri) Andre of Jensen Beach, FL, Charles J. Bennett of Loxahatchee, FL and Andy Bennett of Wellington, FL, and great grandchildren Erin and Sean Harvey, and Cole and Wyatt Andre.

The family of Theodoris Bennett Davis created this Life Tributes page to make it easy to share your memories.