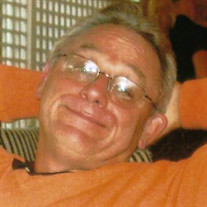 Daverio, Terry 3/5/52 ~ 2/6/19 Of West Palm Beach- Born and raised in Lincroft, New Jersey, The Daverio family owned the Lincroft Inn for almost 90 years until Terry had to retire leaving Lincroft and a piece of himself, along with a lifetime of wonderful memories. He worked as the Inn’s chef for more than 45 years before moving to his home in West Palm Beach Florida with his wife, Martha in November, 2016. Terry was a kind and gentle soul, who found the good in people. He always had a twinkle in his eyes and loved a good laugh. He had enormous energy and was always willing to give a helping hand to anyone in need. The community gathered at The Inn and Terry took his responsibility as a member of that community seriously. He fed police and road crews during blackouts or bad storms, kept The Inn, or the Club as it was affectionately called, open for those suffering losses from 9/11 and filled his ballrooms with a tractor trailer load of new clothes to help out those hit hard by Superstorm Sandy. He made everyone feel like family. When The Inn closed, it left a large hole in the community he and Martha nurtured for decades. Terry truly loved life and adventure which included his love of motorcycles, convertibles, fishing with his Dad & Grandfather, sailing on his 42 ft Morgan with his wife and especially enjoyed playing golf and smoking cigars at Due Process in Colts Neck with friends and family. Terry loved his signature ‘Hot’ car, a 1969 turquoise Mercury Cougar 428 Cobra Jet Engine and his hilarious 1988 Mercury Colony Park Wagon with the appropriate license plate “Griswald.” Terry fought a long and difficult battle with Alzheimer's but he never lost his sense of humor or his love of people. He was always surrounded by friends and family until the end of his life. Loved ones left to cherish his memory include his loving wife & caregiver Martha, sister in law Deborah Harry, brother John Daverio & his companion Nina Kritopoulou, nieces Kristen Daverio, Shelley Williamson & her husband Jason, grand nieces Kaitlyn & Cameron Williamson, Aunt Nancy & Uncle Bill Schuler, Aunt Mary Roberson, Aunt Betty Giddio, cousin Dino Palermo and many other cousins as well as a legion of friends and associates of the Lincroft Inn who loved him. He is preceded in death by his parents Connie & Bobby Daverio, grandparents Dante & Mary Daverio, Herman & Inga Balster, in-laws Catherine & Richard Harry. A memorial service will be held Saturday, February 16th, 11am at Taylor and Modeen Funeral Home 250 Center St., Jupiter, Fl. In lieu of flowers, the family would appreciate donations to the alzfdn.org or local Hospice Facilities

Daverio, Terry 3/5/52 ~ 2/6/19 Of West Palm Beach- Born and raised in Lincroft, New Jersey, The Daverio family owned the Lincroft Inn for almost 90 years until Terry had to retire leaving Lincroft and a piece of himself, along with a lifetime... View Obituary & Service Information

The family of Terry Daverio created this Life Tributes page to make it easy to share your memories.