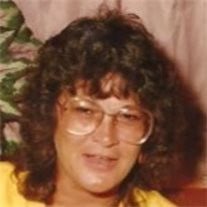 61, passed way peacefully in her home on Monday, November 14, 2011. Sue was born in Oil City, PA. After retiring from Polk Center in Polk, PA, she moved to Jupiter in 1991 where she co-owned and operated Jim's Place Restaurant with her sisters... View Obituary & Service Information

The family of Susan L Sisko created this Life Tributes page to make it easy to share your memories.