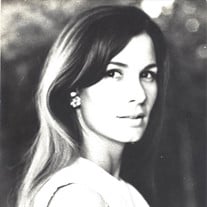 In the early morning of April 11th, 2022, Sara Elizabeth Ashworth Lankler (75), an educational trailblazer and philanthropist, passed away peacefully in her Jupiter home. She was preceded by her husband, Alexander “Sandy” M Lankler and her parents, James Kenneth Ashworth and Phyllis Kathryn (Stoker) Ashworth. She is survived by her siblings: Patti (Ashworth) Billingsley, Linda (Ashworth) Valente, and Bill Ashworth, as well as a multitude of nieces, nephews, cousins, close friends, and colleagues. She will be missed by many and remembered for her educational legacy and altruistic endeavors with wounded veterans. Born October 7th, 1946, as the youngest of four children, Sara grew up in a nurturing and traditional, middle-class family in West Palm Beach, Florida. She was an enthusiastic and accomplished athlete as a gymnast, runner, and diver. Through sports she learned to accept challenges and risks, value feedback, and collaborate with others. This clashed with her first-grade education experience and sparked a drive to make changes in the field of education. After graduating from Palm Beach High School, Sara went to Blue Mountain College where she obtained a B.A. in English and an M.A. in Counseling at the University of Mississippi. In 1969, while at Ole Miss, she met Muska Mosston who introduced her to “The Spectrum of Teaching Styles”–sparking her life-long passion. For nearly three decades, Sara and Muska worked to expand on and spread the Spectrum to other countries across the globe. They published several articles and books together with Sara completing her Ed.D. in Education from Temple University in 1983. The following year they conducted an 11-month European Lecture Tour comprised of 87 presentations. Even after Muska’s death in 1994, Sara continued to develop, expand on, and evangelize the Spectrum of Teaching Styles. From 1987 to 2008, Sara taught the Spectrum at Florida Atlantic University (FAU), where she received every teaching award given there. She met her second husband Emmett Laurence Tabat, in 1995, and received her Honorary Doctorate from the Faculty of Sport and Health Science in 1996 from the University of Jyväskylä in Finland. Sara met her third husband, Alexander “Sandy” M Lankler in 2003. Together they started the Renewal Coalition to assist wounded veterans smoothly reenter civilian life and have already helped hundreds of people so far. Her work on the Spectrum of Teaching Styles has influenced and contributed to the teaching of physical education and more all around the world. Her crowning achievement was the establishment of the Spectrum Institute for Teaching and Learning which will to continue to spread the methodology and pedagogy of her lifelong passion worldwide. The family is holding a celebration of life event on May 21st from 4 to 6 pm. In lieu of flowers, a donation to either of the following charities in Sara’s name is appreciated: The Spectrum Institute for Teaching and Learning, and Mercy Ships.

In the early morning of April 11th, 2022, Sara Elizabeth Ashworth Lankler (75), an educational trailblazer and philanthropist, passed away peacefully in her Jupiter home. She was preceded by her husband, Alexander &#8220;Sandy&#8221; M Lankler... View Obituary & Service Information

The family of Sara Elizabeth Ashworth Lankler created this Life Tributes page to make it easy to share your memories.