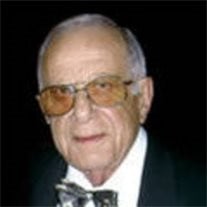 Sal Fontana, Premium Cigar Importer, Creator of the La Fontana Cigar Brand. Sal Fontana, often known as the patriarch of the premium imported cigar industry, died on February 2, in Palm Beach, Florida. The Brooklyn, New York native and Jupiter, Florida resident was 86. A 62 year veteran of the tobacco industry, Fontana, a father of six children and a WWII veteran, started his career as a New York City-based cigarette salesman in the late forties when smoking was still glamorized and before the U.S. Surgeon General issued its controversial warning in 1964 on the hazards of smoking. Fontana went on to hold executive sales positions with the then-known American Tobacco Company (maker of Lucky Strike cigarettes and Roi-Tan cigars) and House of Edgeworth tobacco firm (maker of pipe tobacco and the Casa Buena cigar lines) before co-founding his own cigar importing company in the seventies. That Miami-based company, later known as Camacho Cigars, is now part of Swiss-owned Davidoff. During his career Fontana created such popular imported cigar brands as Baccarat, Montoya, National Brand and the La Fontana, all of which were hand-made in Honduras or the Dominican Republic. He was well known and well respected by both his customers and competitors. The cigars that he was credited for delivering to the market survived and even thrived during times of economic recession as well as throughout the boom economic times, especially in the late nineties when cigar smoking enjoyed a surge of popularity with younger professionals. Born Salvatore Joseph Fontana to Italian immigrant parents on January 18, 1925, Fontana later moved from Brooklyn to Long Island, and then to Jupiter, Florida. He was a 1948 graduate of Fordham University. Fontana is survived by his children John Fontana, David Fontana, Robert Fontana, James Fontana and Bonnie Roberto. He is also survived by his 16 grandchildren and three great grandchildren. His wife of 55 years, Connie Fontana, died in 2005. He is also predeceased by his son, Stephen Fontana. A Mass of Christian Burial will be Celebrated at 10 AM, Saturday, February 12, 2011 at St. Patrick Catholic Church, 19351 Prosperity Farms Road, Palm Beach Gardens, FL 33410. Friends are invited to meet with the family from 2-4 & 6-8 PM, Friday, Feb. 11 at the Taylor & Modeen Funeral Home, 250 Center St., Jupiter, FL. The U.S. Army will conduct Military Honors following the Mass. For directions & online condolences, please visit www.taylorandmodeen.com. Taylor & Modeen Funeral Home Family Owned & Operated (561) 744-2030, Jupiter, FL

The family of Salvatore J. Fontana created this Life Tributes page to make it easy to share your memories.