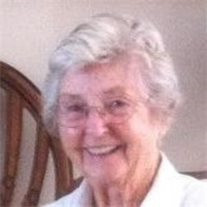 Born July 4, 1923 in Streator, Illinois, Ruth grew up in Coshocton, Ohio and Cambridge, Ohio. She has been a South Florida Resident of Miami, Florida and Tequesta, Florida for over sixty years. She is the daughter of the late William Robinson Phelps and the late Ida Ruth Haggard Phelps of Cambridge, Ohio. She is preceded in death by her husband of sixty-one years, Thomas E Lee, Jr. and a granddaughter, Bonnie Ruth Lee. She is survived by her daughter, Lynn Lee Cruse and husband, David; son Thomas E. Lee, III and wife, Julia; son John Patrick Lee and wife, Sara; son David Godbee Lee and wife Ann; and son James Bryant Lee and wife, Dawn. She is survived by fourteen grandchildren and three great-grandchildren. She was a loving mother and grandmother who was very involved in each of their lives. Ruth also was a loving sister, aunt and friend to a very large, loving group of friends and relatives. She was someone who was loved and admired by all who were fortunate enough to know her. We will miss her dearly. As a young lady, she worked at the family grocery store in Cambridge, Ohio, and as a switchboard operator and filing clerk at Cambridge Glass. In 1949, Ruth and her good friend, Mary Lou McCartney, drove from Ohio to Miami, Florida, in search of work. Ruth landed a job as the secretary to Dean Rasco at the University of Miami Law School where she soon met her future husband, Tom, a law student. Together they raised, nurtured, and inspired a large family which continues to grow. A visitation will be held from 4-6 PM, Sunday, July 8, 2012 at Taylor and Modeen Funeral Home, 250 Center Street., Jupiter, FL. A Funeral Service will be held 1 PM, Monday, July 9, 2012 at the funeral home. Memorial donations may be made to Palm Beach Atlantic University, 901 South Flagler Drive, West Palm Beach, FL. 33401 ATTN: Development Office in loving memory of Ruth Lee.

Born July 4, 1923 in Streator, Illinois, Ruth grew up in Coshocton, Ohio and Cambridge, Ohio. She has been a South Florida Resident of Miami, Florida and Tequesta, Florida for over sixty years. She is the daughter of the late William Robinson... View Obituary & Service Information

The family of Ruth Phelps Lee created this Life Tributes page to make it easy to share your memories.