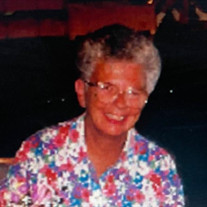 Ruth L. O’Connor was the first born of Thomas J. and Ruth M. O’Connor, on August 12, 1936, in Troy, New York. Before Ruth graduated from the Academy of the Holy Names in Albany N.Y., she had become an accomplished pianist and received certification to teach piano from the Troy Conservatory of Music. None the less, she chose to focus her future on education and she graduated from the College of Saint Rose in Albany (B.A. and M.A.) and later added an M.A. in Counseling Psychology from the State University of New York at Albany. After more than a decade of educating and loving her elementary students, Ruth began teaching and lecturing at Hudson Valley Community college in Troy- sponsored by the SUNY system. After one semester, students were lining up to get in to one of her classes, despite the high standards she required- especially a mandatory oral report that every student had to present to classmates. Many referred to her as their “Dr. Ruth”! It did not take long for her to merit not only the status of “Professor” but, also, candidacy for the SUNY Chancellor’s Award for Excellence in Teaching. After retiring, Ruth moved to Florida to continue golfing, travel and making new friends- though she never forgot to keep in touch with her “old” ones. In the last decade, Ruth suffered several health issues, but kept battling back with a strong will and even stronger faith in God and the Holy Family. Ruth was pre-deceased by her beloved brother, John O’Connor. She is survived by brothers Thomas J. O’Connor and Michael F. O’Connor and sister Mary Donohue Ricci. In addition, her wisdom and wit will live on through her nieces, Chiara Bell, Sara O’Connor Kenney and Amanda O’Connor and her nephews, John Jr., Matthew and Luke O’Connor, T.J. O’Connor; Justin O'Connor Donohue ;Jacob and Dylan O'Connor; Maxwell and Nathan O'Connor and her closest friend and colleague, N. Catherine Scanlon, who has been at her side for 54 years. A Mass of the Resurrection will be held at St. Christopher’s Church in Hobe Sound, Florida, at a time to be announced. Phone Number (772) 546-5150). Rest in Peace, Ruth!

Ruth L. O&#8217;Connor was the first born of Thomas J. and Ruth M. O&#8217;Connor, on August 12, 1936, in Troy, New York. Before Ruth graduated from the Academy of the Holy Names in Albany N.Y., she had become an accomplished pianist and received... View Obituary & Service Information

The family of Ruth L. O'Connor created this Life Tributes page to make it easy to share your memories.