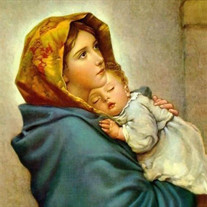 Ronald Garey, 64, of Palm Beach Gardens died Tuesday, June 24, 2019 surrounded by family and friends. Mr. Garey was born on September 2, 1954 in Memphis, Tennessee, a son of Donald and Nadine Garey. He married his beloved wife of 41 years, Maritza Garey, on December 31, 1977. Surviving are his wife Maritza Garey, a daughter Rosalynn Garey, a son and daughter in law Roland and Caitlin Garey, his father Donald Garey, his two sisters, five grandchildren, and many nieces and nephews. He was preceded in death by his mother, Nadine Garey. After earning a degree from the University of Memphis, Ronald’s career included stations all over in Palm Beach County, Costa Rica, and Orlando. Most recently he worked with Smyth & Hauck CPA PA/MRA. Ronald was a kind and fun loving man who always had a smile on his face. He loved spending time with his wife Maritza traveling, golfing, and doting on their grandchildren. He was also very passionate about participating in the Catholic Ministry with Maritza, where they impacted and touched many lives. A visitation will be held on June 28th from 6pm to 8pm at Taylor & Modeen Funeral Home, 250 Center St, Jupiter. A funeral service will be held on June 29th at St. Paul of the Cross Catholic Church, 10970 Jack Nicklaus Dr., North Palm Beach at 11am, followed by refreshments at noon.

The family of Ronald L. Garey created this Life Tributes page to make it easy to share your memories.