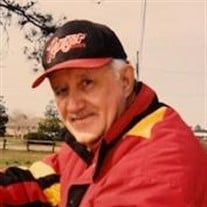 Robert J. Zammit Sr., age 81, passed away on Tuesday, February 11, 2020. Bob was born on August 1, 1938 in West Palm Beach, FL to Joseph and Valerie Zammit. Bob attended Northboro Elementary School and graduated from Palm Beach High in 1956. He then went onto Florida Southern College in 1957 and was part of the SAE fraternity. After college Bob signed to play professional baseball with Kansas City Athletics. After pro ball Bob coached Post 12 American Legion Baseball and in 1969 they placed 3rd in the American Legion World Series. He went onto become the President of First American Bank in North Palm Beach, then President of First Marine Bank of Martin County. He served as President of the North Palm Beach Chamber of Commerce and was the Owner of Z Range in West Palm Beach from 1993-2000. He was an angler on the BASS Pro Tour from 2001-2006 and in 2010 he was inducted into the Palm Beach County Sports Hall of Fame. When he retired he went on to run the family business. Bob enjoyed spending time at the family farm in Georgia as well as his log cabin in Okeechobee. He loved spending time with his grandchildren Bobby, Kayla and Blake. Hobbies were hunting, fishing, golf and antique cars. Bob was preceded in death by his father, Joseph, his mother, Valerie, and his brother, JoJo. He is survived by his son Robert Jr., daughter in law Michelle, grandson Bobby (Taylor), granddaughter Kayla (Clay), grandson Blake, great grandson Coleman and great granddaughter Lacie. A funeral service will be held at 3:00 pm Friday, February 21, 2020 at Taylor & Modeen Funeral Home 250 Center Street, Jupiter. The family will receive friends from 1:00 – 3:00 pm at the funeral home. Entombment will follow in Riverside Memorial Park, Tequesta. Online condolences may be offered at www.taylorandmodeen.com

The family of Robert J. Zammit Sr. created this Life Tributes page to make it easy to share your memories.