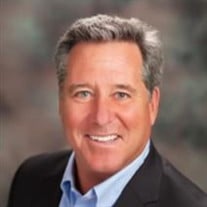 Robert Francis Moore, age 67, passed away suddenly on Friday April 29th in his Jupiter FL home. Known as Bob or Bobby to friends and family, he was an amazing person who touched the lives of everyone he met with his larger-than-life personality, charismatic smile and laugh, genuine interest in others and remarkable generosity. Bob was born on July 26, 1954 in New Haven CT to parents Harold and Sylvia. Growing up in an Italian & Irish family, the first 10 years of his life were spent in a 3-family home with his brothers Richard and Chris, as well as many cousins, aunts, uncles, and grandparents. Holidays were joyous events filled with food and laughter, and family was always the most important thing in his life. Harold and Sylvia later moved the family to Hamden CT where Bob attended St. Boniface parochial and then Hamden High School. Bob was a standout athlete, playing many sports but had a passion for basketball and swimming. Hamden High was where he met the love of his life, Meg. The two started dating when Bob was just 16 years old and have been together ever since. Bob attended Syracuse University and received his bachelor’s degree in Marketing. He was exceptionally intelligent and had the ability to ace the test, even when he didn’t attend every class. Bob and Meg married and had three sons: Eric, Travis, and Jason. Passing on his passion for sports and life, he coached many of their youth sports, especially cherishing basketball where his coaching win record remains undefeated. After College his first job was selling ads for the Yellow pages. He was a talented salesperson and quickly moved up, becoming President of Southern New England Telephone’s wireless division. In 1994 he was recruited to build a telecommunications practice at Hill Holiday, a prominent advertising and marketing company in Boston. In 1997 he joined a small telecom start up, Vialog where he was soon promoted to COO. In 2001 his tireless work ethic and consistent success were rewarded when he was approached by British Telecom to create their North American conferencing business. In just under 5 years, he built his new company into an industry leader with over 500 employees. In 2003 he was recognized as CEO of the year by Frost and Sullivan. At age 52, Bob retired from the corporate world to spend more time with family and pursue his passions of philanthropy, golf, and tennis. He was a devoted husband, father, brother, son, and grandfather that found no greater joy than spending time with his family. He loved his wife Meg, sons Eric, Travis and Jason, and daughter in-laws Emily and Liz immensely. His four grandchildren, Luke, Nate, Lily and Liam were his pride and joy. Nothing made him happier than having his family together. Bob’s friends were too innumerable to count, and the outpouring of love and support is a testament to the positive impact he made on everyone that knew him. He had the ability to turn a new acquaintance into a life-long friend and never hesitated to use any resource he had to help all the people he loved. He quietly supported numerous charities and causes throughout his life, helping others because he appreciated what a wonderful life he had. The family will be having a private funeral. Celebration of life events for all friends and family will be held in both Cohasset, MA and Jupiter, FL with details forthcoming.

Robert Francis Moore, age 67, passed away suddenly on Friday April 29th in his Jupiter FL home. Known as Bob or Bobby to friends and family, he was an amazing person who touched the lives of everyone he met with his larger-than-life personality,... View Obituary & Service Information

The family of Robert Francis Moore created this Life Tributes page to make it easy to share your memories.