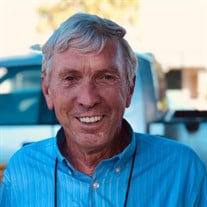 Bob Harvey, the Man the Myth, the Legend, the keeper of honeybees, passed away November 28, 2020 after battling cancer since summer before last and he will be missed by all who appreciated and loved him. He was born April 4, 1949 in Elmer, New Jersey, one of eleven siblings and served in Vietnam after graduating high school. The cancer he fought so hard to defeat was likely the result of exposure to chemicals while stationed at Phu Cat airbase. He married twice and was father of 4 adult children. Bob had a passion for bees, especially honeybees and started keeping bees at the age of nine. He was also drawn to other bees, beekeeper “Wannabees”, and “Applebees”! You could always find Bob sitting at the bar enjoying chicken alfredo with extra broccoli and a Yuengling draft after a long day at the honey house. Bob could be described as the most hardworking man who never quit until the work was done, and he never complained. He could “out work” and “out play” guys half his age and fancied “over the top” adventures and went on many with his extended family and friends. We nicknamed Bob, “Crocodile Dundee”. Since childhood, Bob had no fear and loved to clown around. He was filmed climbing to the top of Delaware Memorial Bridge as a teenager. He also loved to snorkel with sharks, hang glide over his hotel in Mexico, and dune race down the steepest falloffs in California. Even at the age of 70 he was going places no one else dared to go, and took pleasure scaring the “bejeebers” out of you. The louder you screamed, the louder he laughed! Bob was also a skilled craftsman wood maker and built boats, churches and houses with his father and brother after his discharge from the Air Force. Bees were just a hobby at this time in his life, but eventually he turned his hobby into a career building the largest apiary business in New Jersey. Late in his life, Bob left New Jersey and relocated to Florida and started all over, as Bob’s Bees. He was equipped with just his knowledge, experience, strong work ethics, and the support of his extended family. He was involved in all facets of beekeeping, working long hours to build his Florida company. He was happiest when he traveled with the bees for pollination to Maine and California. He was held in high regard and was in high demand by all the growers and farmers throughout the country for providing the strongest colonies of bees. “Bob thought about the farmers and put quality before money, a rarity today", one remarked. To sum it all up, Bob was unique, one of a kind, quiet, somewhat timid, a man with one of the gentlest souls ever. He listened more than he talked. He was a deep thinker, an inventor, a man who shared ideas with others when asked. He helped several beekeepers build successful apiary businesses. He was there for the underdogs, often sacrificing his own profit so others could succeed. He understood how hard it was to get started as he did it twice. Some took advantage of his generosity and inhibited ways. Most did not. He liked team players and hard workers and tried to avoid the selfish and dishonest. More importantly, Bob was a zealous advocate for honeybees! He was actively involved in beekeeper associations and bee research, donating significant amounts of money yearly from pollination proceeds. At one point in his life he took on a giant chemical company to stop them from using harmful chemicals and won. He appeared in several movies and was quoted in many newspapers and magazines. His opinion was sought after and well respected. There was a time when he was involved in a Guinness Book of World Records for largest bee beard, and even did a bee beard demonstration on the David Letterman show. Time does not allow to recount the many stories of his lifetime though we would like to. He always remained humble and approachable despite his status. Honeybees were not Bob’s only passion. He respected nature and could identify every tree and flower throughout the United States. He loved fishing on “Harvey’s Other Honey” with Bobbi, Jr., his dog of 10 years. No one will ever forget the day Bob swam across a large canal and into a swamp filled with gators and snakes to save Bobbi when his collar got hung up. He loved to photograph wildlife and offered his gentle hand to heal the injured and young. He raised birds, snakes, bunnies, a one-eyed gator, and raccoons. He built bunk beds in the closet and installed a “doggie” door so “Honey and Rocky could come and go as they please. He taught them how to swim, fish and scratch his back. Everyone will miss Bob’s gentle kind soul, his wealth of knowledge, his honesty, his integrity and his “old fashioned” set of values he maintained throughout his life. He never spoke a lie, and truth and trust were utmost importance to him. His keen intelligence yet humble personality was beyond understanding. He said his greatest pleasure in life was helping others. And he did. He leaves love, hope and inspiration to all. He hopes that Dee will always follow her passions, that Jessica will be true to her heart, that Joanie will inspire more laughter, and that Frank will stay on the mower and that Roxanne will always feel the love. We will have a celebration of his life February 20, 2021. Details to be posted at a later date.

Bob Harvey, the Man the Myth, the Legend, the keeper of honeybees, passed away November 28, 2020 after battling cancer since summer before last and he will be missed by all who appreciated and loved him. He was born April 4, 1949 in Elmer,... View Obituary & Service Information

The family of Robert D. Harvey created this Life Tributes page to make it easy to share your memories.

Bob Harvey, the Man the Myth, the Legend, the keeper of honeybees,...