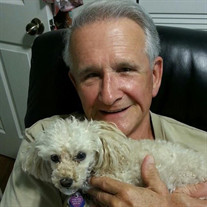 Wirth, Richard J., age 82, of Tequesta, FL, passed away on August 1, 2019 in Jupiter, FL. He is survived by his wife, Barbara; sons Joseph (Joanna) and John (Gloria); former wife Theresa; sister Joan (Charles) Kirchner; brother-in-law John (Christine) Ward; and several cousins, nieces, and nephews. Richard was born on September 19, 1936 in Washington, DC to Joseph T. Wirth and Evelyn A. Wirth. He graduated from the University of Maryland with a Master’s Degree in mechanical engineering. His career included the David Taylor Model Basin, where he worked as a Naval Architect. In the early 60’s at the age of 26, he worked for the Department of the Navy. One summer they sent him and his team aboard the SS Triton Nuclear Submarine, where they successfully solved a problem with the Whip Antennas of the Sona Buoy. He worked for NASA for 35 years as the Project Manager on several Satellite projects; most notable was the GOES weather satellite. We benefit today by the data provided by this weather satellite, utilized by NOAA. His training as an aerospace engineer served him well in all areas of his life. A visitation is scheduled for Tuesday, August 6, 2019 from 5:00 p.m. to 7:00 p.m. at Taylor and Modeen Funeral Home, 250 Center Street, Jupiter, FL. A mass will take place on Wednesday, August 7, 2019 at 11:00 a.m. at St. Jude Catholic Church in Jupiter, FL. A reception will immediately follow the service at the North Passage Club House, 8710 SE Riverfront Terrace, Tequesta, FL. A memorial mass will be held in Annapolis, MD at a later date.

The family of Richard Joseph Wirth created this Life Tributes page to make it easy to share your memories.