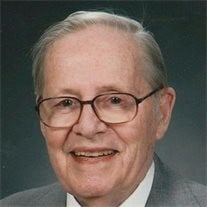 Richard Judson Gates formerly of West Hartford died on Saturday, February 5, 2011 at the age of 90 at the Mclean Health Center after living in that retirement community since 2007, was born April 3, 1920 in Glen Ridge, New Jersey. He grew up in Montclair, New Jersey, graduated from Montclair High School and entered Yale (Class of 1943) with his brother Gordon. Richard left Yale after completing 2 years due to a call for military service. He entered the US Army Air Corp., applied for flight training and received his wings and officer’s commission 11/10/42 at Foster Field, Texas. Lt. Gates was sent to Bradley Field, CT and then to Republic Field on Long Island, where P-47 fighter planes were being manufactured. Next the entire 352nd fighter group was loaded aboard the “Queen Elizabeth” and headed for Europe and World War II. Upon arrival in Scotland, they went by train to an 8th Air Force Flying Field in East Anglia, England. Richard was assigned to group headquarters and to fly P-47 and P-51 fighter planes with the 485 Fighter Squadron. High altitude bomber escort missions were his primary assignments, of which he completed 42. In addition, he flew low altitude dive bombing and strafing missions during the European invasion. In 1945, then Major Gates returned to the USA to finish his degree in industrial administration and engineering at Yale. After graduation Richard, his brother Franklin and an associate Howard Smith, founded the Smith-Gates Corporation to manufacture wire and cable products (mainly telephone coil cords in 25 colors), and military specialty cables. Later, Smith-Gates acquired Adirondac Wire and Cable and Crescent Manufacturing companies, as part of its plan for growth. Richard and his wife Joanne were interested in philanthropy and so founded the Jodik Foundation to support local non-profit projects throughout the Greater Hartford area. Some 20-plus years after its inception they decided to dissolve the foundation and the final assets were split between two capital projects which were the Bushnell’s Belding Theater acoustical system and the construction of the educational-kitchen wing at the Noah Webster House in West Hartford. He retired from active employment in 1985 to spend more time with his wife Joanne whom he had married in 1946. Together, they had four daughters, followed by seven grandchildren, and three great grandchildren. Richard was a long time member of First Church of Christ in West Hartford Center, where he served on the Board of Ushers and then became First Deacon during the time when John Webster was senior minister. Richard enjoyed skiing (Mount Sunapee, New Hampshire), sailboat racing (North Haven, Maine), tennis, golf and especially classical music (Tthe Hartford Symphony). There are no services of remembrance planned at this time. In lieu of flowers kindly send a memorial donation to the Mclean Foundation at 75 Great Pond Road, Simsbury, CT 06070. For online condolences please visit www.taylorandmodeen.com.

Richard Judson Gates formerly of West Hartford died on Saturday, February 5, 2011 at the age of 90 at the Mclean Health Center after living in that retirement community since 2007, was born April 3, 1920 in Glen Ridge, New Jersey. He grew up... View Obituary & Service Information

The family of Richard J. Gates created this Life Tributes page to make it easy to share your memories.