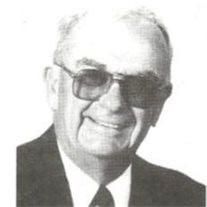 Richard G. Bennett “Dick” Age 81, of Jupiter, FL passed away at his residence on Sunday, December 26, 2010. Dick was born June 23, 1929 in Southbridge, Massachusetts. In 1946 he went into the Army and in 1948 got accepted to Dartmouth but, instead, went on to Wooster Polytechnical Institute, an engineering school, where he graduated first in his class. Dick became a member of Sigma Alpha Epsilom on March 20, 1949. After college, Dick worked as an engineer in the pipeline construction business and as a consulting engineer. In 1955, he quit the road building business and bought a credit bureau which was very successful. In 1965, Dick sold the business and went to Boca where he retired at the ripe old age of 37, after a short year of retirement Dick went back to work in the stock brokerage business until 1995. Dick was awarded a certificate for his 50 years of service to the Scottish Rite in November of 2009. Dick spent much of his time volunteering at Jupiter Medical Center and playing golf. Survivors include his partner of 17 years, Lucia A. Loper of Jupiter, FL; one son, Richard G. Bennett, II and wife Kelly of Cedar Glen, California; one brother, Al Bennett of Winter Haven, FL; one step daughter, Teena Wray of Boca Raton, FL and three step sons, Jon Wray of Boise, Idaho, Sandy Wray of New Braunfels, TX and Dick Wray of North Canton, Ohio. For directions and online condolences, please visit www.taylorandmodeen.com.

The family of Richard G. Dick Bennett created this Life Tributes page to make it easy to share your memories.