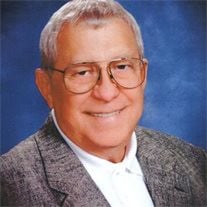 HOWARD, Paul King Paul Howard of Palm Beach Gardens died on December 1, 2013, after a year-long bout with gastric cancer. Paul was born on November 23, 1934, in Pearce County, Georgia to Easter and Emery Howard and grew up on St. Simons Island, Georgia, which was complete paradise in his view. After graduating from Glynn Academy in Brunswick, Paul enlisted in the US Navy from 1954 to 1956, serving on the USS Forestal and the USS Randolph aircraft carriers. In 1956 he entered Georgia Tech where he earned a BS and MS in Civil Engineering with an emphasis on transportation systems. Paul first worked for Mel Conner and Associates in Tallahassee for three years before moving to Memphis, Tennessee, to join Harland Bartholomew and Associates, Inc. (HB&A), a national planning and engineering firm, where he worked for 18 years. He was made an Associate of the firm in 1972. After almost 20 years, he left HB&A to become the Assistant Traffic Engineer for the City of Memphis and then two years later moved to West Palm Beach to join the engineering firm of Kimley-Horn and Associates, Inc. In 1987 he became the Traffic Engineer for the City of West Palm Beach, where he served for seven years. In 1994 Paul became the Transportation Coordinator for Martin County and upon retirement, provided engineering consulting services to the environmental firm of REP Associates. Paul loved his family and friends, classical music, science of all types, Jane Austen's books, tennis, golf, and Saturday afternoon college football. Paul will be sorely missed by his wife Mimi, his son Will Phillips and wife Lee, and his two grandchildren who were the absolute lights of his life: Catherine Phillips and Wyatt Phillips. He is also survived by two sisters, Joan Howard Manier and Lily Howard Juliano both of Darien, Georgia, and many nieces and nephews. Paul was predeceased by his parents and two of his sisters: Ruth Howard Sarratt and Kate Howard Jones. A memorial service will be held on Thursday, December 12, at 5 p.m. at the Episcopal Church of the Good Shepherd, 400 Seabrook Road, Tequesta, Florida, with Reverend Robert S. Taylor officiating. Interment will take place immediately following the ceremony in the Memorial Garden at Good Shepherd. In lieu of flowers, a gift may be made to Good Shepherd's memorial fund in Paul's memory.

The family of Paul King Howard created this Life Tributes page to make it easy to share your memories.