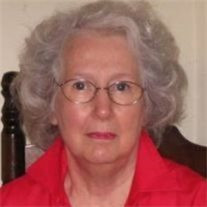 Patricia T. DeVore Patricia T. DeVore lost her battle with Multiple Myeloma on March 3, 2012 after a courageous ten year fight. She was born in Sutton, Vermont on October 13, 1932 to Frances and Ivy Thayer. She grew up in Vernon, Connecticut and attended Rockville High School. She started working for Pratt & Whitney in East Hartford, Connecticut and then transferred to the Florida Research and Development Center in 1960. She retired from Pratt & Whitney in 1997 after forty-two years of service. While at Pratt & Whitney she served on the Board of Directors of the Employees Club from 1974 to 1982 and again from 1989 through February of 1992 during which time she participated in the planning for the annual Christmas Party. She also developed the idea for an annual Luncheon and Fashion Show which she organized and presided over for several years. A number of these fashion shows were held at The Breakers Hotel in Palm Beach. During 1982 she served as Fundraising Chairperson for Florida Special Olympics District 10. She received many awards for her work at Pratt & Whitney over the years. On June 10, 2001 she was elected to the Rockville High School Wall of Fame in recognition of Scholarship, Leadership and Community Service. Upon retirement, she continued her volunteer work by serving as Program Chairman for the United Technologies Retirees' Club. She continued this for several years until dealing with the chemo for treatment of Multiple Myeloma took too much of her strength. She also served as a volunteer assistant to the first grade teacher at Jupiter Farms Elementary school for several hours two days each week. This continued until chemo treatments made it too uncertain when she would be available to assist. She loved working with first grade kids and was very sad when she had to stop. She was an avid reader and loved spending time at the library. She was preceded in death by her son John Patrick Lehan and her life long friend and "Maid of Honor" Linda Taylor. She will forever live in the hearts of her loving husband of thirty-six years, John A. DeVore, son Michael Patrick Lehan (Janis), granddaughter Michelle Lynn Lehan, grandson Michael Patrick Lehan Jr., sisters Joan Boyd (John) and Alyce Ruffini (Charles) and brother Robert Thayer (Cecelia). She will also be greatly missed by her beloved Persian cats Jack, Sadie and Bear. Friends are invited to meet with the family from 2-4 & 6-8 PM, Thursday, March 8, 2012 at the Taylor & Modeen Funeral Home, 250 Center St., Jupiter, FL. A Celebration of her Life will be held at 11 AM, Friday, March 9, 2012 at the funeral home. Patricia will be laid to rest in Millwood Cemetery in Reddick, Florida at 2 PM, Saturday, March 10, 2012. The family suggests contributions to Safe Harbor Animal Rescue, 185 E. Indiantown Road, Jupiter, FL 33477. For directions and online condolences, please visit taylorandmodeen.com. Taylor & Modeen Funeral Home Family Owned & Operated (561) 744-2030, Jupiter, FL

Patricia T. DeVore Patricia T. DeVore lost her battle with Multiple Myeloma on March 3, 2012 after a courageous ten year fight. She was born in Sutton, Vermont on October 13, 1932 to Frances and Ivy Thayer. She grew up in Vernon, Connecticut... View Obituary & Service Information

The family of Patricia T. DeVore created this Life Tributes page to make it easy to share your memories.