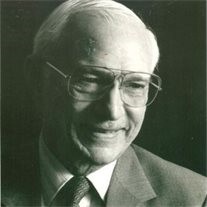 Michel A. Mamlouk 87, of Palm Beach Gardens, FL, passed from this world on May 24, 2012. Mr. Mamlouk was born in Alexandria, Egypt on June 12, 1924. He is survived by his wife Maria Mamlouk of 49 devoted years of marriage. Grandson of Dr. Michel Mamlouk Bey, a physician to the Palace of Khedive Ismail and his successors in Egypt. Son of Joseph Mamlouk and Anna Anagnosti. Brother to Hugette Mamlouk and Dede Havenga (deceased) Mr. Mamouk was always proud of his family history and took joy in researching and documenting his Mamlouk heritage. Fencing was a great part of this heritage which was passed from father to son. Mr. Mamlouk generously passed this art form to his devoted fencers and aspiring Olympians via his fencing school, La Salle d' Armer in Virginia. Mr. Mamlouk came to the United States as a young man and served in the United States Army. A world travel, business owner and author, he was an inspiration to many. Mr. Mamlouik received his Maestro Di Scherma from the Academia Nazionale Di Scherma in Naples, Italy. Mr. Mamlouk was twice elected president of the United States Fencing Association (USFA), where he was recognized for his dedicated service to promote and raise the standards of fencing in the USA. Mr. Mamlouk was instrumental in putting the United States on the World Map by bringing world class competition to the Americas for the first time. Extending his managerial expertise, Mr. Mamlouk was also President of the Pan American Fencing Federation. The international fencing world, admirers, extended family and friends around the world will truly miss Mr. Mamlouk's integrity, dedication and engaging company. A viewing will be held at the Taylor & Modeen Funeral home, 250 Center Street, Jupiter, FL on Tuesday, May 29, 2012 from 4-7 PM. A Graveside Service and Entombment will be held on Wednesday, May 30, 2012 at 10:30 AM at Our Lady Queen of Peace Cemetery, Royal Palm Beach, FL. For directions and online condolences, please visit www.taylorandmodeen.com. The family requests that in lieu of flowers, a donation be made to the Make-A-Wish-Foundation, South Florida Chapter. Taylor & Modeen Funeral Home Family Owned & Operated (561) 744-2030, Jupiter, FL

Michel A. Mamlouk 87, of Palm Beach Gardens, FL, passed from this world on May 24, 2012. Mr. Mamlouk was born in Alexandria, Egypt on June 12, 1924. He is survived by his wife Maria Mamlouk of 49 devoted years of marriage. Grandson of Dr.... View Obituary & Service Information

The family of Michel A. Mamlouk created this Life Tributes page to make it easy to share your memories.