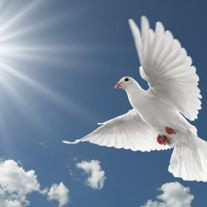 ROGERS, Maureen Cecelia "Renee" Mrs. Maureen Cecelia "Renee" Rogers (n?e Hansen) of Tequesta, FL and Wheaton, Illinois passed away peacefully on Sunday February 11, 2018 at the age of 78. Beloved wife of William "Bill" Rogers for 57 years; loving mother of Laurel (Brian) Siebert and Douglas Rogers; cherished grandmother of Peyton and Andrew Siebert and Douglas' children with Cheryl Jurich, Cole and Callie Rogers; devoted daughter of the late Margaret and Edward Hansen; dear sister of Patricia "Patt" Dillon, Edward, the late Margurite "Marti" Stanton (the late Jack), the late Michael, the late Thomas (Leah), and the late James; many loving nieces, nephews and lifelong friends. Renee was born in Chicago, Illinois and graduated from Loretto Academy in Chicago in 1957. Renee dedicated her life to caring for children, fostering over twenty pre-adoptive babies and toddlers on behalf of Catholic Charities of Joliet, Illinois, who also blessed them with Laurel and Douglas. Throughout the '70s and '80s Renee also volunteered for the Wheaton-Glen Ellyn Family Shelter Service for battered women and children. An avid golfer, Renee was on the Women's Auxiliary Board of Glen Oak Country Club in Glen Ellyn, Illinois from 1989 to 1994, and was President in 1994. She also served on the Board of the Women's Golf Association of Tequesta Country Club in Tequesta, Florida in 2005 and 2006. A Memorial Mass will be said in Renee's name at St. Michael Catholic Church in Wheaton, Illinois in the summer of 2018. A Celebration of Renee's life will also be held this summer at Glen Oak Country Club in Glen Ellyn, Illinois. Details on both services will be forthcoming. Renee was our beloved warrior and bravely fought for 9 long years. She survived the cancer but not the effects of the chemotherapy that aimed to cure her. Our family would like to thank the caregivers at Barbara's Sunny Day Assisted Living in Palm Beach Gardens, Florida, especially Susie, Poliana and Thelma. In Renee's memory, donations can be made to TrustBridge Hospice of Palm Beach County, Florida.

The family of Maureen Cecelia Rogers created this Life Tributes page to make it easy to share your memories.