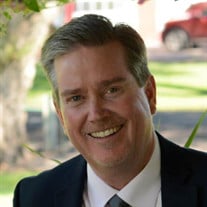 It is our great sorrow to announce the passing of Mark Lang, who lost his courageous battle with ALS on Friday, September 24, 2021. Mark will be remembered for his sense of humor, quick wit and his love of family and friends. Mark is survived by his wife Tina of Jupiter, Florida, Aunt Mary McMahon of Overland Park, Kansas, Godson John Robert Herzberg, and many cousins on both the Lang and McMahon sides of the family. He was predeceased by his Father and Mother, John & Marie, brother Daniel, and sister Martha. Mark was born in West Palm Beach in 1963. He would live in Palm Beach County for the rest of his life. He grew up in the “infamous” Golfview Township. The town’s 20-foot concrete entrance arch (which Mark, his brother Danny and friend Luke often climbed), dating to 1934, was taken down and moved to Yesteryear Village at the South Florida Fairgrounds in July 1998, just weeks before Golfview formally dissolved. Many of Mark’s childhood friends are now like family and are still close to him today. He graduated from Twin Lakes High School in 1981 and attended Florida Atlantic University obtaining a degree in Electrical Engineering in 1987. Following in the footsteps of his father John, he worked at Pratt and Whitney after college as an Engineer. He also earned two engineering related Master’s Degrees at the University of Miami in 2003 and 2004. Mark worked at Pratt & Whitney from 1987 until his illness prevented him from continuing in 2019. He loved what he did and took a lot of pride in his work. Mark had an exceptional sense of humor. He would tell people he got the disease that all the super athletic and brilliant people get and in his case, it was true. Mark was diagnosed with ALS (Amyotrophic Lateral Sclerosis) in 2018 after being symptomatic for two years. He never lost hope, accepted his fate gracefully and continued to live life to the fullest. He is an inspiration to us all. Mark’s sense of humor was one of his most endearing qualities. He loved comedy shows, comedians, and telling Dad jokes. His favorite movie was Airplane and his favorite show was SNL. He loved to laugh and make others laugh. He loved music. Jimmy Hendrix, Bob Marley, Lonely Island and any rock n’ roll band were some of his favorites. He went to many concerts with his friends and he loved live music. Until 2019, Mark never missed a SunFest from the very beginning in 1982. As Mark’s disease progressed he became the house DJ playing music on his Alexa system using his Tobii Dynavox sight computer. He was a great DJ! Mark loved doing anything out doors from fishing, golf, gardening, paddle boarding, skate boarding, mountain biking, canoeing, and snow skiing to name a few. Mark was even a proficient unicycle rider and could juggle. Mark loved to participate in and watch sports. Mark ran track and pole vaulted in middle school breaking some county records. He also played Baseball for Twin Lakes High School. After high school he played a lot of “backyard” basketball, flag football, volleyball and softball. He was also a member of several different local teams such as Pratt & Whitney’s Bottom’s Up Softball Team. Mark was also an FAU Football Season Ticket holder and attended all the home games. He followed the Miami Dolphins Football and the Marlins Baseball team and was an avid golf fan. Phil Mickelson was his favorite golfer as he was a “Leftie” just like Mark. As if he didn’t have enough hobbies and interests, he also built model airplanes, grew bonsai, and was an amazing cook. The only books he liked to read were technical manuals and never read books for fun, except an occasional Dad Joke book to brush up on his skills. Mark also gave back to his community. He loved south Florida, especially Palm Beach County and was a regular volunteer with the Palm Beach County Environmental Department on County Natural Area and Beach cleanups. He was also a regular donator of blood and has the free t-shirts to prove it. He was a long-time supporter of many local charities and genuinely believed in “giving back”. Mark loved dogs and had several over the years. His dogs, Kingsley and Jack gave him great comfort as he battled ALS, especially in his last days. Mostly what you need to know about Mark Lang is that he was loved. He had an amazing circle of friends and family who loved him. He was a wonderful caring man who cherished his friends and family. He has left a huge hole in all of our hearts but we carry his memory with us and hopefully we remember to make someone laugh from time to time to honor him. A Memorial Service will be held on Saturday, October 2nd at 3:00 pm at Taylor & Modeen Funeral Home, 250 Center Street, Jupiter, FL 33458 followed by a reception at Mark & Tina’s Home. We request that in lieu of flowers please make contributions to the Steve Gleason Foundation for ALS (https://teamgleason.org/donate - directions for both online giving and mailed donations are available.) OR Danny & Ron’s Rescue (https://dannyronsrescue.org/donate - directions for both online giving and mailed donations are available.)

It is our great sorrow to announce the passing of Mark Lang, who lost his courageous battle with ALS on Friday, September 24, 2021. Mark will be remembered for his sense of humor, quick wit and his love of family and friends. Mark is survived... View Obituary & Service Information

The family of Mark Samuel Lang created this Life Tributes page to make it easy to share your memories.

It is our great sorrow to announce the passing of Mark Lang,...