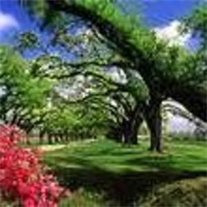 Marcia Bernet Mileti, a native of Shaker Heights, OH passed away in her Tequesta home on Tuesday, November 12, 2013. Mrs. Mileti was a graduate of St. Mary of the Woods College, Terre Haute, IN and held a degree in Journalism and Business. She was the daughter of the late Bernard and Mary Elizabeth Bernet of Shaker Heights, OH and grand-daughter of philanthropist, John J. Bernet. Marcia was a former member of the Shaker Heights Country Club and Tequesta Country Club. Marcia did the rules at Tequesta Country Club and also worked in their Pro Shop doing their scoreboards. She was Shaker Heights Club Champion in 1972. Marcia worked for the Professional Golf Association (PGA), Northern Ohio section. While working for the PGA, Marcia traveled to Florida in the winters and played in the tour on the "grapefruit circuit". At the same time, she also became interested in the "Rules of Golf" and became an expert on the subject. Her expert opinion was sought after during many tournaments. Marcia worked for the USGA, the South Florida PGA and the Women's Southern Golf Association, of which she was an active member. In 2003 Marcia was honored by the Southeast Women's Amateur Tournament Championship, becoming the first recipient of the Margaret Welsh Spirit Award. She was Captain of the Florida team of SWATCA, a women's amateur golf competition for 9 years. In 2012, she was inducted into the Florida State Golf Association Hall of Fame. Marcia was an avid sports fan. Her mother, Mary Elizabeth was a shareholder of the Cleveland Indians during the 40's and 50's. In 1977, she met "the love of her life", Chuck Mileti, who she married one year later after a courtship, which took place watching the Indians at Cleveland Stadium. Chuck and Marcia's rehearsal dinner was held at the stadium. After moving to Florida, she became a Florida Marlins fan, attending Spring Training and games at Miami Marlins Stadium. Mrs. Mileti was predeceased by her husband, Charles J. Mileti, a brother Bernard Bernet, a sister Michele Hallett Centini, and a nephew Mark Marvan. Surviving are her sister, Marianne B. Marvan of Peabody, MA, nephews James Hallett (wife Dorothy), Joseph Marvan (wife Ann), Clarence "Clay" Marvan (wife Elizabeth) and two nieces Michele Newton (husband - Dana) and Laura Centini as well as several great-nieces and nephews. Also, Mr. Milelti's nephew, Raymond Mileti Jr. (wife Betty) and their daughter Isabella. The family wishes to extend their deep gratitude to Chuck and Marcia's devoted friend, Charles Robinson, her personal assistant and caregiver Kate Rush and her team of caregivers: Layla Harkens, Althea Dixon, Loretter Hill and Ursel Hulse. A Visitation will be held 5 p.m. to 7 p.m., Thursday, November 14th at Taylor & Modeen Funeral Home, 250 Center St., Jupiter. A Mass of Christian Burial will be Celebrated at 1 p.m., Friday, November 15th at St. Jude Catholic Church, Tequesta. In lieu of flowers, donations may be made to Sisters of Providence of St. Mary-of-the-Woods, Office of Congregational Advancement, 1 Sisters of Providence, Saint Mary -of-the-Woods, IN 47876 in Memory of Marcia Bernet Mileti, designated for the retired and ill sisters. Contributions in Marcia's memory may also be given to Womens Southern Golf Scholarship Fund, c/o Lecia Alexander, 12334 Meadow Ridge, Stafford, Tx 77477.

Marcia Bernet Mileti, a native of Shaker Heights, OH passed away in her Tequesta home on Tuesday, November 12, 2013. Mrs. Mileti was a graduate of St. Mary of the Woods College, Terre Haute, IN and held a degree in Journalism and Business. She... View Obituary & Service Information

The family of Marcia Bernet Mileti created this Life Tributes page to make it easy to share your memories.