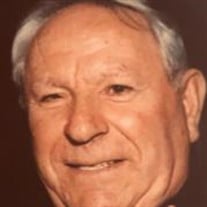 It is with great sadness, deep sorrow and much love that the Rodrigues family announce the passing of our father, Manuel. Dad passed away on Wednesday, August 19th at 12:28 am at home, peacefully, surrounded by his family, Following a lengthy battle with Renal disease; Manuel is survived by his loving wife of 63 years, Gabriella Rodrigues, and his eight children Rick, John(Christina), Tony (Lisa Gooch), Maria, Magna, Fatima(Scott Brecht), Luis and Idalina (Mitch Snow) and their grandchildren: Michael, Tammy, Ricky Jr., Anthony, Christina, Lilly, Michael Pilato, Julie, Lucas, Megan, Natalie, Austin, Corey, and great grandchildren, Delilah & Mateo. He is also survived by his brothers and sisters: Jose, Isidro, Graca, Gorete, Angelico and Caridade, as well as many Nieces and Nephews in Madeira, Portugal and the United States. Manuel was Born Jan 8 1935 in Madeira, Portugal, the son of Martha and Manuel Rodrigues, He was an avid Fisherman, Lighthouse Keeper, and the only Mailman of his Village of Porto Moniz. He moved to the United States in 1969 without speaking English and worked several jobs at the same time, to provide for his family of ten. He worked for Palm Beach County school board for 25 years He loved to hand line fish, & follow Miami Dolphins games. He was a big a Portuguese soccer and Cristiano Ronaldo, from his same home town. Seafood was his passion all of his life, but he lived off of grits and eggs in his later days. Although he was married to his wife over 60 years, they always acted like newlyweds, They were always hand in hand, He enjoyed morning walks with his beloved dog Mandy He was a quiet man near the end, but he had a great sense of humor and a contagious laugh. He was a simple man and never complained even when he could have. Funeral arrangements are being made by Taylor and Modeen, 250 Center Street, Jupiter. A Funeral Mass will be held at 10:30 am Monday, August 24, at St. Jude’s Catholic Church, Tequesta. Interment will follow in Riverside Memorial Park, Tequesta Florida In Lieu of flowers, you may also donate to the Portuguese-American club, which Manuel had a hand in building: Portuguese-American Club, 13265 Okeechobee Blvd. Loxahatchee Florida 33470 or the National Kidney Foundation of Florida

It is with great sadness, deep sorrow and much love that the Rodrigues family announce the passing of our father, Manuel. Dad passed away on Wednesday, August 19th at 12:28 am at home, peacefully, surrounded by his family, Following a lengthy... View Obituary & Service Information

The family of Manuel Rodrigues created this Life Tributes page to make it easy to share your memories.

It is with great sadness, deep sorrow and much love that the...