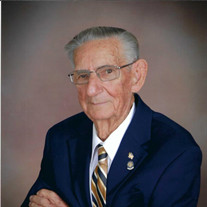 Leonard E. Sojka Leonard E. Sojka (“Len”), 91, of Rockville, Connecticut, passed away on February 16, 2021. He is survived by his devoted children, Leonard P. Sojka and Cindy A. Sojka. He is predeceased by his wife, Camilla L. Mullens. He is also predeceased by his siblings, Gertrude (John) Stepien, Marion (Angelo) Jaconetta, Rita (Francis) Benevides, Barbara (Richard) Carpenter, William (Judy) Sojka, Herbert (Ann) Sojka, Edmund (Nina) Sojka and Donald Sojka. He is survived also by many cousins, nieces and nephews. Len served in the Army during the Korean War. He moved from Connecticut to Jupiter, Florida in 1961. He was an engineering supervisor at Pratt & Whitney Aircraft both in Connecticut and West Palm Beach, Florida for over 40 years. Len was also the President of the St. Vincent DePaul Society of St. Jude’s Church for 40 years where he volunteered his services to help people throughout our local community. Len was very involved in the St. Jude’s parish where he served as a lector, usher and eucharistic minister. He was quick to volunteer to help out wherever he could and was a kind, warm person that made everyone feel special. He also had a wonderful sense of humor. He will be sorely missed by many. A viewing will take place on Friday, February 19, 2021 from 5:00 to 8:00pm with a service at 7:30pm at Taylor & Modeen in Jupiter, FL. There will be a memorial mass at St. Jude’s Church in Tequesta, Florida on Saturday, February 20, 2021 at 12:30pm followed by a graveside service at 1:30pm at Riverside Memorial Park in Tequesta, FL. In lieu of flowers, donations may be made to St. Vincent DePaul Society at St. Jude’s Church.

The family of Leonard Emanuel Sojka created this Life Tributes page to make it easy to share your memories.