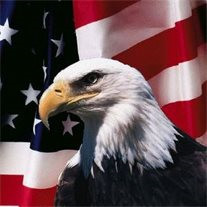 On October 29, 2014, Heaven gained another angel. Colonel Leon R. Reed, USAF, Ret. was a true American hero: a career Air Force Officer, fighter pilot, world traveler, but most importantly a selfless, loving, devoted family man and friend! Col. Reed was born October 7, 1930 in Wichita, KS. His educational achievements include a BA in Mathematics from Bethany College, a Master of Science in Logistics Management from the Air Force Institute of Technology, an MBA in Aviation and a Master of Aeronautical Science from Embry-Riddle Aeronautical University. While serving in the Air Force, Col. Reed moved his family about 20 times, living in places such as Japan, England, Germany, Texas, Arizona, California, Virginia (where he did a 4-year stint at the Pentagon), and finally ending up in South Florida, where he served as the Air Force Plant Representative for Pratt & Whitney, then worked directly for Pratt until his retirement in 1991. He flew 189 combat missions in the F-4C "Phantom" fighter jet during the Vietnam War, serving as flight commander of the 559th Tactical Fighter Squadron, 12th Tactical Fighter Wing, and was awarded many military decorations, including the Legion of Merit and the Distinguished Flying Cross. In addition to his military career, sports were a big part of Col. Reed's life, as a participant, fan and official. While in Japan, he played for the Air Force Basketball Team. In 1957 they played against the Australian Olympic Team, and won! He was also an avid golfer and bowler. Music played an integral part in his life as well. He was by his wife's side without fail, supporting her numerous orchestra rehearsals, concerts, and her weekly gig of 30 years as a church organist. He was also a loyal fan of his son's and son-in-law's bands, watching them perform throughout the area. Col. Reed is survived by his loving wife of 64 years, Lorene, and their children David (Barbara), Cathy Lindsay (Douglas), Elizabeth Baldassarre (Ted) and Steven Reed; their grandchildren Timothy Reed (Kayla), Shawn Robison (Allen), Matt and Mallory Lindsay, Kristen and Michael Baldassarre and Sara Reed; and their great-grandchildren Shane Reed and Teddy and Jayden Moore; his brother-in-law Burton Brewer and his extended family. Col. Reed is predeceased by his eldest son, Michael Reed. The Colonel was loved, revered and respected by so many, and will be greatly missed by everyone whose lives he touched. His thoughtfulness, kindness, generosity and sense of humor will live on in our memories forever. A wake/visitation will be held Sunday, November 2, 2014 12:00PM to 2:00PM at Taylor & Modeen Funeral Home, 250 Center Street, Jupiter, FL with burial service to follow at Riverside Memorial Park, 19351 SE County Line Road, Tequesta, FL. In lieu of flowers, donations may be made in Col. Reed's name to: Ernie Els for Autism Foundation, Attn: Foundation Controller, 3900 Military Trail, Suite 200, Jupiter, FL 33458.

The family of Colonel Leon Reinhold Reed created this Life Tributes page to make it easy to share your memories.