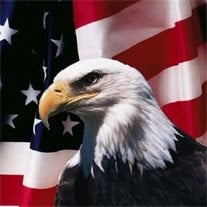 Kenneth Valentine Martin, age 93, of Jupiter, FL and past resident of Fort Lauderdale and White Sulphur Springs, W.VA passed away on the holiest of days, December 25, 2013. Kenny as he was referred to by family and friends was born in Carthage, South Dakota on September 13, 1920. His mother and father, Gladys and Frank Martin lived in Huron, SD and were married on Christmas Day, 1915… and brought their only child, Kenny, home to them and his wife the same date 98 years later… He served in the Army band and was stationed in Detroit, Michigan from November 1942 until February, 1946. He was married to his wife for 62 years, and is preceded in death to Beatrice Estelle Deason who passed away on January 25, 2008. They met in the Army as she was a Sergeant in the W.A.C. and they met at the Officers Club where he entertained for enlisted officers. After the War and being honorably discharged, he worked with various big bands traveling on the road for ten plus years. He loved the friendship and good times on the road with Jack Teagarden, Jimmy Dorsey and Guy Lombardo Royal Canadians where he was a regular vocalist on the Hit Parade. He was featured on Times Square billboards as the lead vocalist for these great orchestras and he also played trombone. He took his family in 1956 to the world famous Greenbrier Resort in White Sulphur Springs, West Virginia where he performed nightly with the group, The Populaires. He played for several Presidents and other dignitaries and industry titans and guests each night at the famous, "Old White Club at the Greenbrier. He was good friends of Sam Snead and many other well-known legends like Louis Armstrong. He retired after 30 years of performing. This well recognized entertainment group, The Populaires performed seasonally at the Greenbrier in the summer and spent the winter months playing such great venues from Pier 66 "Panorama" Room from 1959-1972, The Breakers, The Boca Raton Resort & Club and various other places in Las Vegas and Hawaii. His legendary ballad voice created over 8 recorded albums and many songs with his big bands including the song Tangerine he made famous. After retirement, he played with the Boca Pops orchestra and also Paul Cohen Big Band in Plantation, FL. He leaves behind an era of legendary musicians dedicated to the "real music" that everyone could appreciate and enjoy of the swing era. His is survived by his four children, son, Ken Frank Martin and wife Gloria, daughter, Cindy Faye Heisler and husband, Steve Heisler; son Gary Scott Martin and wife, Oris, son, Craig Douglas Martin and wife, Fran; and between the four children over 8 grandchildren and 7 great grandchildren. Besides his love for his family and friends was for golf, all sports, traveling and cars. He was an avid car enthusiast especially classic antiques. In lieu of flowers, donations may be made in his memory to Hospice of Palm Beach County at 5300 East Avenue, West Palm Beach, FL 33407. A memorial service will be held in late spring over Memorial weekend holiday up in Greenbrier County, West Virginia.

Kenneth Valentine Martin, age 93, of Jupiter, FL and past resident of Fort Lauderdale and White Sulphur Springs, W.VA passed away on the holiest of days, December 25, 2013. Kenny as he was referred to by family and friends was born in Carthage,... View Obituary & Service Information

The family of Kenneth Valentine Martin created this Life Tributes page to make it easy to share your memories.

Kenneth Valentine Martin, age 93, of Jupiter, FL and past resident...