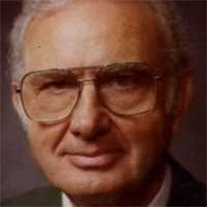 Thomas E. Lee, Jr. Thomas E. Lee, Jr., World War II veteran Bomber Pilot, lawyer, Senior Circuit Judge, and a founder of the University of Miami Sports Hall of Fame, was born December 9, 1921, in Screven County, Georgia, the oldest child of Thomas and Dorothy Lee. He was predeceased by his mother, father, and granddaughter, Bonnie. A resident of Florida since 1932, he is survived by his loving wife of 61 years, Ruth Phelps Lee, and their five children: Lynn Cruse (David) of Stanley, NC; Tom Lee (Julia) of Orlando, FL; John Lee (Sara) of Roland, AR; David Lee (Ann) of Maitland, FL; and Jimmy Lee (Dawn) Tequesta, FL. And his son, Randy Lee (Ann) of San Jose, CA. He is also survived by his two sisters, Jeanette Goodrum (Midlothian, VA) and Inez Wells (Robert) of San Mateo, CA. He had 16 grandchildren and 3 great-grandchildren. A graduate of the University of Miami Law School, he was admitted to the bar in February 1951, and remained a member of the Bar Association for more than 50 years. He served as a Florida State Beverage Director, 1961-1963, Miami Circuit Judge, Eleventh Judicial Circuit of Florida, 1963-72, and Chief Circuit Judge from 1972-74. He retired from the Court in 1974 and practiced law in Miami and Jupiter, Florida. He retired from his law practice in 2002. After graduation from Palm Beach High School, Mr. Lee joined the U.S. Army Air Corps in 1942 and entered WWII as a B-17 Bomber Pilot in the Eighth Air Force. He flew 30 missions over Europe – 25 of them prior to the invasion at Normandy. Later he served as a combat pilot instructor. After serving as a combat pilot instructor he transferred to the Air Transport Command and was assigned to the Pacific Theatre when the war ended. Upon returning to Florida, he earned the Juris Doctor degree at the University of the Miami Law School. Mr. Lee is also a graduate of Palm Beach Atlantic University, where he received a Bachelor of Science Degree He was Chairman of the Florida Bar Committee on Major Civil Disturbances and wrote the master plan for Civil Disturbances. He served on the faculty of the National College of State Trial Judges of Reno, Nevada for eight years. He conducted legal and Judicial seminars on Judicial Discretion, Judicial Ethics, Court Administration, Sentencing and Procedure in Georgia, Louisiana, California, Nevada, North Carolina and Florida. He served as National Chancellor of The Delta Theta Phi Law Fraternity, President of the Southwest Kiwanis Club; President of the Century Club of Coral Gables, President of the University of Miami Alumni Association, Trustee of the University of Miami, Trustee of the Americans Distress, Trustee of the Foundation for Self Help and, most recently, Trustee of the Palm Beach Atlantic University. He joined the Masons, Scottish Rite, Shrine, Legion of Honor and Jesters and remained active throughout his life. He was a member of Jupiter-Tequesta Kiwanis, where he was awarded Man of the Year. With all his career successes and accomplishments, Tom's greatest joy was his large and loving family. A Funeral Service will be held at 10:30 AM, Friday, December 9, 2011 at the Taylor & Modeen Funeral Home, 250 Center St., Jupiter, FL. Friends are invited to meet with the family from 5-7 PM, Thursday, December 8th at the funeral home. Interment will follow at Riverside Memorial Park. In lieu of flowers, memorial contributions may be made to Palm Beach Atlantic University addressed to: Palm Beach Atlantic University, Development Office, 901 S. Flagler Drive, P.O. Box 24708, West Palm Beach, FL 33416-9893 or to the Kiwanis Club of Jupiter-Tequesta: P.O. Box 4144, Tequesta, FL 33469-4144. For directions & online condolences, please visit www.taylorandmodeen.com. Taylor & Modeen Funeral Home Family Owned & Operated 561-744-2030

The family of Judge Thomas Eugene Lee , Jr. created this Life Tributes page to make it easy to share your memories.