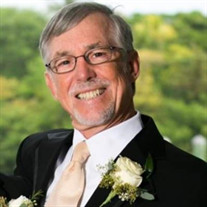 JOSEPH C. DWYER Age 68, of Port St. Lucie, FL, passed away Friday afternoon, June 19, 2020. Born in Baltimore, MD, he grew up in Jupiter/Tequesta and graduated Jupiter High School class of 1969. Joe graduated from University of South Florida in Tampa in 1976 and settled back in Jupiter to work for Pratt & Whitney. He later relocated to Cincinnati, OH in 1997 and then Indianapolis, IN before returning to South Florida upon retiring in 2015. He spent his final years fishing, boating, riding his motorcycle, and enjoying the company of his many friends. Joe was the proud father of his two children Rachel Dwyer of Tucson, AZ and Sean (Kelli) Dwyer of Melbourne, FL. He is survived by their mother Rita Wysocki of East Hampton, CT. Other survivors include his seven siblings, Kenneth (Lucy) Dwyer of North Palm Beach, FL, William (Dianne) Dwyer of Stuart, FL, Terrence "Mike" (Megan) Dwyer of Roswell, GA, Patricia (Raymond O'Brien) Dwyer of La Canada, CA, John (Kimm) Dwyer of The Woodlands, TX, Mary Ann (Brent) Frank of Woodridge, IL and Thomas (Lisa) Dwyer of Dedham, MA; fourteen nieces and nephews, Megan, Madelyn, Ford, Brennan, Kenna, Ray, Will, Matt, Jack, Jesse, Kirsten, Brian, Erin and Will. He was preceded in death by his father, William T. Dwyer in 1985 and mother, Therese Dwyer in 2011. A Mass of Christian Burial was celebrated at St. Paul the Cross and he was laid to rest at Our Lady Queen of Peace cemetery. Memorials in his name may be made to the We Are Dwyer Foundation, the Florida Oceanographic Society, and/or the Special Olympics Florida.

The family of Joseph Charles Dwyer created this Life Tributes page to make it easy to share your memories.