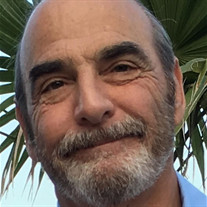 John M. Zuccarelli III, of Jupiter, Florida, beloved partner and stepfather, passed away on January 18, 2021 at the age of 66. John was born on March 25, 1954, in Trenton, New Jersey, to Lillian and John Zuccarelli. He attended the Pennington School in New Jersey and the University of South Florida. John was President of National Waste Disposal Company in New Jersey, which was originally established by parents Lillian & John. The company grew into one of the largest waste companies in the country at the time. John, along with his brother James, ran other family businesses which include: Stony Brook Golf Course and Horizon Hill Farms. He served as Mayor of the Jupiter Inlet Colony for four terms. He was the president of JMZ Properties, Inc., owner of the Jupiter Waterfront Inn in Jupiter, Florida, and co-proprietor of Nick & Johnny’s Osteria in Juno Beach, Florida. He was actively involved in the Sports Car Club of America (SCCA) for over 40 years. He was a man of many hats, including racing instructor, Regional Executive for the Florida Region SCCA for 12 years, Chairman of the SCCA Foundation, and was involved in the founding of the SCCA Archives at Watkins Glen. He won many SCCA regional championships. He always had a passion for all things cars and racing. He was a fixture at the Palm Beach International Raceway. He could often be found tinkering on his cars and getting lost in the mechanics of a TVR. He is preceded in death by his father John Zuccarelli and his mother Lillian Zuccarelli. He is survived by his partner Elizabeth Minelli, stepdaughter Madison Minelli, stepson Matthew Van Hook, Matthew’s wife Jeralyn Darling Van Hook, his brother James Zuccarelli, and his sister-in-law Michelle Newman Zuccarelli. A celebration of John’s life will be held on Friday, January 22, from 2-5 p.m. at the Palm Beach International Raceway. A graveside service will be held at Greenwood Cemetery in Hamilton, New Jersey, where he will be buried next to his mother and father at a time to be announced. In lieu of flowers, donations may be made in John’s name to the SCCA Foundation at www.sccafoundation.com or 6620 SE Dwight St. Topeka, KS 66619.

John M. Zuccarelli III, of Jupiter, Florida, beloved partner and stepfather, passed away on January 18, 2021 at the age of 66. John was born on March 25, 1954, in Trenton, New Jersey, to Lillian and John Zuccarelli. He attended the Pennington... View Obituary & Service Information

The family of John M. Zuccarelli III created this Life Tributes page to make it easy to share your memories.