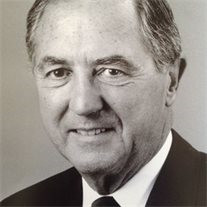 John (Jack) A. Casey, Jupiter, FL Casey, John Arthur, 86, of Jupiter, FL and Osterville, MA (formerly of Westwood, MA), passed away peacefully on March 26, 2014. Born in Dorchester, MA on September 12, 1927, he was the son of the late Daniel and Anne (Cain) Casey, the brother of the late Joseph and Robert Casey, and the late Helen (Casey) O'Neill. He went to Boston College High School, joined the Navy in 1945, and graduated from Boston College in 1951. Jack is survived by his beloved wife of 54 years, Ann (Wenstrup) Casey, from Huntington Valley, PA, their five children, and twenty-one grandchildren: Maura and her husband John O'Brien of Westwood, MA and their children Connaught, Jill, Sara, Aimee, Ian and Emmett; Daniel and his wife Lisa (Foppiano) Casey of Weston, MA and their children Camille, Mia, Natalie and Juliet; Beth and her husband Steve Koertje of Easton, MA and their children Meredith, Steven and Jack; Pamela and her husband Bill Crabtree of Medfield, MA and their children William, Caroline, Molly, Kevin and Steven; Julie and her husband Paul Kennedy of Medfield, MA and their children Maria, Annie and Christopher. Jack spent a dedicated career in the industrial safety equipment business. He began as a salesman for Granet Glove Co. and ended his career as President and CEO of WGM Safety Corporation. Jack was responsible for some important innovations, including a program to build hand-safety awareness that was adopted by many leading corporations. WGM Safety Corp. is now owned by the Honeywell Corporation. Jack served on the Board of Directors of the National Safety Council for 20 years. He was President of the Work Glove Manufacturers Association, and President of the International Safety Equipment Association and Distinguished Award Recipient. In 1993, the National Industrial Glove Distributors Association inducted him into its Hall of Fame. Jack was a member of Jonathan's Landing Golf Club in Jupiter, FL and Oyster Harbors Golf Club in Osterville, MA. He was also a member and past President of Woodland Golf Club in Auburndale, MA. Jack was past President of the New England Senior Golfers Association and founder of the NESGA Scholarship within the Francis Quimet Scholarship Fund. The scholarship has been renamed in his honor. In lieu of flowers, please send your remembrance to the "Jack Casey NESGA Scholarship within the Francis Ouimet Scholarship Fund", 300 Arnold Palmer Boulevard, Norton, MA 02766, or to the charity of your choice. Visiting hours will be held on Friday, March 28th from 4:00pm – 8:00pm at Taylor & Modeen Funeral Home, 250 Center Street, Jupiter, FL. The funeral service will be held at 11:30am on Saturday, March 29th at St. Patrick Church, 13591 Prosperity Farms Rd., Palm Beach Gardens, FL.

John (Jack) A. Casey, Jupiter, FL Casey, John Arthur, 86, of Jupiter, FL and Osterville, MA (formerly of Westwood, MA), passed away peacefully on March 26, 2014. Born in Dorchester, MA on September 12, 1927, he was the son of the late Daniel... View Obituary & Service Information

The family of John A. Casey created this Life Tributes page to make it easy to share your memories.