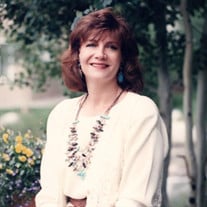 JoEllen K. Hillbrath passed at home with love & care on April 1, 2022, after a wicked battle with ovarian cancer at the age of 75. She was born on January 25, 1947, in Toledo, Ohio. Both of her parents were killed in separate accidents. Her Mother Orabelle Mayer Koontz died in an auto collision in 1949 and her Father Edward Koontz drowned while fishing in 1958. JoEllen lived with her Uncle and Aunt in Clear Lake, Texas until she was eight. Her uncle, John Mayer was tasked by NASA to calculate the Apollo 11 trajectory from the earth to the moon and back in 1969. He also certified Chuck Yeager’s breaking the sound barrier. At the age of eight JoEllen came to Lake Worth and lived with her grandparents. She graduated from Lake Worth High and finished her nursing education at Palm Beach Junior College with a BA degree. For over a decade she was Charge Nurse at JFK Hospital for ICU, CCU and ER. Throughout her life she was very involved with volunteer work including Crisis Line 211 which her husband was chairman of in the late 80’s and 90’s. JoEllen and Art secured a permanent call center building for this charity. They sponsored NOVA on local PBS for several years when Art was a director at WPBT. They supported other local charities as well. JoEllen married Arthur S. Hillbrath, Jr. in 1980 and was much loved by his children, grandchildren and great grandchildren. As a member of the Old Marsh Golf Club, she and three others helped get the Nine and Dine initiated and at Mayacoo Lakes C.C. She excelled in decorating events. Joining Art on some of his fishing tournaments aboard their boat the “Insti-Gator”, she once caught & released two White Marlin and a Blue Marlin all within an hour and a half off Walker’s Cay. A member of the Sailfish Club, she enjoyed the fishing scene. JoEllen was a skilled blue slope skier and delighted in their vacation residence at The Country Club Of The Rockies. She also liked traveling to Normandy where “Yanks” are still acceptable. She was fearless enough to fly with Art in his Beechcraft A36. JoEllen loved her dogs and was very supportive of Furry Friends in Jupiter. In lieu of flowers Furry Friends (100 Capital Street, Jupiter, Florida 33458) could always use a little help. A Life Celebration will be held at Old Marsh Golf Clubhouse, 7500 Old Marsh Road, Palm Beach Gardens, FL on Wednesday, May 4th from 6pm to 8pm.

JoEllen K. Hillbrath passed at home with love & care on April 1, 2022, after a wicked battle with ovarian cancer at the age of 75. She was born on January 25, 1947, in Toledo, Ohio. Both of her parents were killed in separate accidents. Her... View Obituary & Service Information

The family of Joellen K. Hillbrath created this Life Tributes page to make it easy to share your memories.