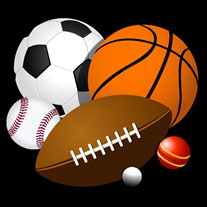 Jay F. Gilmore, formerly of Plainville, passed unexpectedly in Jupiter, Florida. Jay was the son of the late Ernest and Thelma (Riley) Gilmore. His is survived by his wife of 41 years, Laura W. Gilmore of Jupiter FL. He is also survived by his daughters, Kate Moretto and husband Mark of Jupiter, FL and Darcy Gilmore and fiancé Evan Griffith of Marlboro, to whom she will be married on June 30th. He also was survived by his gorgeous and wonderful granddaughters, Megan and Abigail Moretto. Jay spent his entire career teaching and coaching the students in the Attleboro School system. As a physical educator, he taught all levels including Adaptive PE. His greatest love was coaching. He thrived on building core values into the young people he was entrusted with. He instilled values of hard work, sacrifice, integrity and teamwork but most of all lessons to be used later in life. Coach Gilmore had many successes in his career but his favorites were those he shared with his “girls” both in basketball and softball. Jay also coached boys’ basketball, football and baseball, spending one year at Feehan as head baseball coach. He was an inductee of the Attleboro Football Hall of Fame. He also coached football at Stonehill College and Providence College. He had been name Sun Chronicle coach of the year on several occasions. Jay was also a successful athlete at Attleboro High School, excelling as pitcher, leading to a scholarship to play at his alma mater Northeastern University. He also played in the Providence Amateur Leagues and the Cape Cod League. Everyone who knew him knew he had a huge heart. He loved his family, friends and his new life in Florida. Jay was an avid golfer and fisherman. He will also be remembered for his great stories that seemed to “evolve” over time. A memorial service will be scheduled in the spring for the Attleboro area. A fund is being set up in Jay’s name, details to follow.

Jay F. Gilmore, formerly of Plainville, passed unexpectedly in Jupiter, Florida. Jay was the son of the late Ernest and Thelma (Riley) Gilmore. His is survived by his wife of 41 years, Laura W. Gilmore of Jupiter FL. He is also survived by... View Obituary & Service Information

The family of Jay "Coach" Gilmore created this Life Tributes page to make it easy to share your memories.