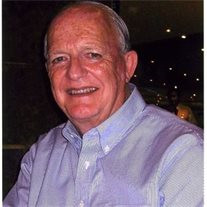 Dixon, James T. (Tom) James T. (Tom) Dixon, 73 of Jupiter, passed peacefully into the presence of his Heavenly Father on Saturday, August 16, 2014, surrounded by his loving family. A native of north Louisiana, Tom graduated from Louisiana Tech University in 1963 and began his 35 year career at Pratt Whitney Florida. He initially worked in mechanical design on the J58 engine for the SR71 Blackbird; then as structural design chief for the fan and compressor of the F100 engine for the F15 and F16 military aircraft. Subsequently, he became chief of design for advanced technology military engines which led to the F119 engine for the Air Force F22 and the F135 engine for the Air Force, Navy, and Marines newest fighter, the F35. Sandwiched in Tom's career was assisting in the design of the Supersonic Transport (SST) compressor and design of a pulse detonation engine. Throughout his career, Tom was respected both within Pratt and by outside customers for his engineering excellence. A man of many interests and talents, he enjoyed growing orchids, woodworking, making stained glass, traveling and boating with his grandchildren. He liked nothing better than planning and taking trips with both family and friends. He was a long time member and deacon at the Lighthouse Baptist Church, North Palm Beach and was currently attending First Baptist Church, West Palm Beach. Tom was much loved and will be greatly missed by his loving wife, devoted family and cherished friends. He is survived by his wife of 52 years and love of his life, Linda; his son Jim and wife Susan of Ft. Worth, Texas; his daughter Jill Gentry and husband and husband James of Royal Palm Beach; his six grandchildren, Ryan, Sara and Hannah Dixon and Justin, Jennifer and Jonathan Gentry; sisters Claire Salter and husband Thelton of Natchitoches, Louisiana; Connie Rogers and husband Tommy of Baton Rouge, Louisiana; brothers Bob Dixon and wife Lynn of Heber Springs, Arkansas; Jim Dixon and wife Karen of Park City, Utah. He was the son of the late Jared Sanders Dixon and Mai Connell Dixon. Visitation will be held on Thursday, August 21 at 5:30 – 7:00 PM at Taylor and Modeen Funeral Home, 250 Center Street, Jupiter, Florida. A celebration of life will be held at First Baptist Church, 1101 South Flagler Drive, West Palm Beach , on Friday, August 22, 2014 at 2:00 PM with reception following in the Fellowship Hall. In lieu of flowers please consider donations to Hospice of Palm Beach County, 5300 East Avenue, West Palm Beach, Florida 33407, Samaritan's Purse, P.O. Box 3000, Boone, North Carolina 28607-3000 or to a charity of your choice. To share memories or express your condolences you may visit www.taylorandmodeen.com.

The family of James T. (Tom) Dixon created this Life Tributes page to make it easy to share your memories.