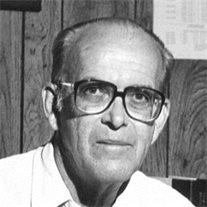 Harold Francis Shanz, 89 of Jupiter, FL formerly of North Palm Beach, FL and Mt. Vernon, NY passed into eternity on Wednesday October 3, 2012 surrounded by his loving family. He was born June 21, 1923 in Mt. Vernon, New York to Charles F., and Anna Mary(Sillery) Shanz. He was raised in Mt. Vernon and proudly served his country in The United States Army in the medic unit in England during World War II. Upon returning from war he attended Iona College in New Rochelle NY on the GI Bill and graduated Magna Cum Laude with a Bachelor of Arts degree in History. He received his Masters degree in both Education and History from Fordham University in Bronx, NY and Hunter College in NY. He began his forty years of teaching at Lincolndale School in Lincolndale NY, a school for juvenile delinquents for four years. In 1954 and for the next 20- years he proudly taught History, Latin, English, directed school plays and was Vice-Principal for All Hallows High School in Bronx New York. In 1974, while on vacation visiting family in North Palm Beach, he was offered the position as Principal of St. Clare School and remained there until he retired in 1989. His many years in Catholic education helping students become young adults were some of the proudest moments in his life. He is survived by his fourth wife Susan (Marks) and his children Maureen Pappas and her husband Jeffrey of Washington Twp., NJ, Mark and hi9s wife3 Erica of Jupiter and Peter and His wife Patricia of Bristow, Va. He was a loving Grandfather to Steven, Michael, Morgan, Ryan, Madeline and Zachary. He was predeceased by his brothers and sisters, Charles, Edwin, Loretta and Muriel in addition to his three wives whom he lovingly took care of through each of their illnesses; Stephanie (Ansbro-Hargrave-1965), Maureen (Morgan-1992), and Barbara (Tupper-Taylor-2001). He was a loving "Pop" to Ann-Marie Hargrave-Altman (1990), Jane Simpson, Jill Reuss, Hope Lett, Mary Gail Daly and Priscilla Hargrave. Beloved "Grumpy" to 19 step-grandchildren and Uncle to many nieces and nephews. He was a founding member of the Gold Coast Florida Chapter of the Amyotrophic Lateral Sclerosis (ALS-Lou Gehrig's Disease) Association following the passing of his wife Maureen from the disease where he was responsible for organizing many golf tournaments and walk-a-thons. He's also a member of the Board of Directors at Roger Dean Stadium in Jupiter as well as a member of various organizations throughout his lifetime. He was an avid sports fan, especially baseball and the New York Yankees. He was a loving and giving person who will be missed deeply by many people whose lives he touched. The family will receive relatives and friends on Sunday October 7th from 1-3pm and 6-9pm at Taylor and Modeen Funeral Home 250 Center Street Jupiter Florida. 561-744-2030. A Mass of Christian Burial will be held 10AM, Monday, October 8th at St. Clare Catholic Church 821 Prosperity Farms Road North Palm Beach with the burial at Royal Palm Memorial Gardens West Palm Beach FL. In lieu of flowers, please consider a donation in his memory to St. Clare School 821 Prosperity Farms Rd. North Palm Beach Florida.

The family of Harold Francis Shanz created this Life Tributes page to make it easy to share your memories.