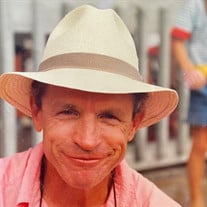 Harold L Arwood, August 10, 1940 – August 30, 2021 Harold L Arwood Jr., affectionately known as Bud, passed away from natural causes on Monday, August 30, 2021, in Jupiter, FL among loving support from his wife, children, and grandchildren. Bud was born August 10, 1940 in Atlanta, Georgia to Harold and Patty Arwood. He graduated from Grady High School in 1958 and attended Emory University where he studied Business as an undergraduate and attended Law School. Bud practiced law upon graduation in Atlanta and chose to serve his country in the Federal Bureau of Investigation. Bud and Linda met while working together at the FBI field office in Minneapolis, Minnesota. They married on April 18, 1967 and were inseparable from that day forward. After seven years with the FBI, Bud returned to Atlanta to follow his dream to work with his father at the family business, Ace Electric Company. Soon thereafter, Bud transformed his father’s electric motor repair shop to pioneer a new market in the crane and hoist industry. Bud served as President of Ace Industries for thirty years where he was known for his pledge to give his best effort and enthusiastically look forward to what others would give back. He loved his team. A man of many ambitions and never one to shy away from a dream with his family, Bud established a cattle ranch that he worked with his father and children, founded a fly-fishing outfitter in Florida with Linda, traveled the world as a fisherman with his children, and served as a dedicated and devoted Christian. Bud is survived by his loving wife of 54 years, Linda Arwood, their five children, and twelve grandchildren. Bud was a loving husband, father, grandfather, and friend. A private, family celebration of life will be held in lieu of a service. Flowers or other memorials may be sent in his honor to 19113 SE Jupiter River Drive, Jupiter, FL 33458.

The family of Harold L. Arwood created this Life Tributes page to make it easy to share your memories.