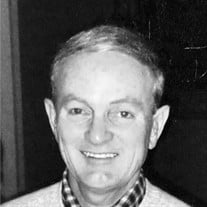 Franck Derryl Massey passed away peacefully on January 10, 2020 at his home in Jupiter, Florida. He was 77 years old. Franck was born in Forest, MS. He graduated from Canton H.S. in 1960 and Mississippi State University in 1964. After college, Franck entered the US Army where he received the rank of 1st Lt. A recipient of the Army Commendation medal, he was fortunate to have been assigned a special duty for former President Dwight D. Eisenhower, at Ft Gordon, GA. Franck received his Juris Doctor Degree in 1969 from the University of Florida Law School. He was a 50-year member of the Florida Bar Association. In 1969, Franck joined his brother, Harry, as a founding partner in Massey Insurance and Financial Services. The company continued to grow with the addition of his nephew, Hank, and continues today as Massey, Clarke, Fischer Inc. Active in his community, Franck was past president of the Palm Beach Rotary Club and the UF Alumni Association of Palm Beach County, past chair of the Board of the PB County March of Dimes, and past member of the Board of Directors and Tennis Chair at Mayacoo Lakes Country Club, among many other organizations. Looking for a challenge upon retirement Franck participated in the Turken Training for Adoption Program at Peggy Adams Rescue League volunteering many hours training dogs for adoption. This love of animals led him to his second career as a dog trainer – Franck's Dog Training. Those of you who were fortunate enough to have known him during this second career will remember the passion and love he had for training dogs and the people they own. Franck was preceded in death by his parents, Jesse and Virginia Allen Massey, and his three brothers, Harry, John and William Massey. Franck is survived by the love of his life, Jan Blackburn, and their dog, Bacardi. He is also survived by his sisters-in-law, Sally Massey, Claudia (John) Griffin (NC), Marion Massey (AK), his nephews and nieces, Hank (Tammie) Massey, Mike Massey, Leslie (Billy) Blackburn (NC), Franck W. Massey (AK), Bryan (Nancy) Massey (TN), Elizabeth Wilkes (NC), and Bari (Mark) Cohen (TN). He was fortunate to have his friend, Steve (Sandra) Gardner of Tampa in his life since their meeting on the first day of law school. A very special thank you to the Trustbridge Hospice Sunflower team who took extra special care of Franck and his family during their time of need. In lieu of flowers, please make a contribution to the animal rescue league of your choice, or better yet, adopt a rescue animal who will give you more love and joy than you will ever know.

Franck Derryl Massey passed away peacefully on January 10, 2020 at his home in Jupiter, Florida. He was 77 years old. Franck was born in Forest, MS. He graduated from Canton H.S. in 1960 and Mississippi State University in 1964. After college,... View Obituary & Service Information

The family of Franck Derryl Massey created this Life Tributes page to make it easy to share your memories.