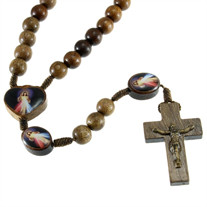 Edward G. Stanich, longtime resident and pharmacist in Tequesta area passed away on April 30, 2018. He was 150 years young. He has rejoined his family. Ed was predeceased by his father, Anton, mother, Agnes, brother, Anthony, and sisters, Marion and Helen. Ed was born and raised in Chicago Heights, Illinois. There, at Junior High he received the prestigious American Legion award for scholarship and leadership. At Bloom Township High , Ed lettered in basketball and was a member of the National Honor Society. Soon after graduation, Ed enlisted in the US Army Air Corps meteorology program at the University Of Chicago and received further training at Chanute Field, Illinois. Ed served for two years in the Africa South Atlantic Campaign. Upon discharge Lawrence College became his next destination. There, he joined Delta Tau Delta fraternity and became sports editor of the college paper, "The Lawrentian." In 1948 he enrolled at the University of Illinois College of Pharmacy and graduated in 1952. After graduation he joined his brother, Anthony, at his drug store in Antioch, Illinois. In 1973, tired of the long cold winters, Florida beckoned and Ed moved to Tequesta. He found employment at the Village Pharmacy where he spent 20 happy years. Upon its closure Ed did some part time work at Tequesta Pharmacy. Then retired Ed, loved fly fishing at the Big "O" and also was an avid gardener. His instant wit and engaging smile often turned sullen into smiling. He was a good son, a good soldier, a good pharmacist, and a good neighbor. He will be missed. A Funeral Mass will be held at 10:30 A.M., Monday, May 7th, at St Jude Catholic Church in Tequesta followed by burial with military honors at Riverside Memorial Park, Tequesta. In lieu of flowers donations may be made to Southeast Florida Honor Flight or K-9 Partners For Patriots.

Edward G. Stanich, longtime resident and pharmacist in Tequesta area passed away on April 30, 2018. He was 150 years young. He has rejoined his family. Ed was predeceased by his father, Anton, mother, Agnes, brother, Anthony, and sisters,... View Obituary & Service Information

The family of Edward G. Stanich created this Life Tributes page to make it easy to share your memories.