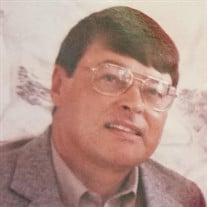 Donald Emmet Kehr, 87, of Tequesta, FL passed away peacefully on February 8, 2022. Donald was born in Oconomowoc, WI on September 27, 1934, and raised in Watertown, WI where he met his wife Barbara Nesta Kehr. He was a loving husband and father. He attended Marquette University and decided to enter the Navy for 4 years where he was stationed in California, Oklahoma and Hawaii. From the Navy he attended the University of Wisconsin where he earned a BS in Electrical Engineering. While working at Hughes Aircraft in California, he continued his education by attending the University of Southern California in LA earning a Master’s in Electrical Engineering. While working at Martin Marietta in Florida, he attended Rollins College and earned a Master’s in Business Administration. He worked as an Electrical Engineer for Hughes Aircraft in California and Martin Marietta in Florida. He later became a partner at FM Associates and founded RTS in Atlanta. In the late 1970’s Don, Bill McClain and their wives founded Communications Leasing in Florida. He and his family moved to Tequesta in 1970. They have been parishioners of St. Jude Catholic Church in Tequesta for 52 years. He was a volunteer EMT for North County Ambulance in Tequesta where his wife worked as a Paramedic. He coached softball and football for JTAA. He helped form and coach the first girls’ softball travel team for JTAA. He was very generous in helping others and giving to charities. He loved to read and highlight several non-fiction books at one time on a variety of topics and to discuss religion, politics, science, math and conspiracy theories. His favorite activity was having the family over to play cards and board games. His favorite hobby was tutoring anyone who asked for help in Math. He was an athlete and outdoor enthusiast. He coached softball, tennis and football, played tennis, did cave diving and snorkeling, hiked the Appalachian Trail, went snow skiing, went on lots of family camping and canoeing trips. He traveled to Italy to see the Shroud of Turin and Arizona to see the Grand Canyon. He is survived by his wife, Barbara; his daughter Susan Garcia children Joshua Woodward and Christopher Garcia; his son Donald wife Betty children Madison, Donald wife Tiffany children Kyndle and Keegan, Jennifer child Dalton, David; daughter Stephanie husband Greg Kuhlmann of Spanish Fort, Alabama children Keeley and Konnor; daughter Natalie husband Andre Fix children Zachary, Kyle (deceased) child Christopher. He was preceded in death by his grandson Kyle Fix, father Donald, mother Anne, brother Robert and sister JoAnn. He had one brother Robert Kehr (deceased), who lived in Illinois with his wife Joan and four children Jennifer, Elizabeth, Jeff and Kathryn. He had one sister JoAnn Kehr Fessler (deceased), who lived in Indiana with three children Linda, Debra and Michael. He had one sister-in-law Susan Nesta Redlin who lived in Arizona with her husband David (deceased) and five children Kristin, Kara, Raquel, Joshua and Nicole. A Mass of Resurrection and celebration of his life is scheduled for 4:00pm Friday, April 22, 2022 at St. Ignatius Loyola Cathedral in Palm Beach Gardens, FL. A reception with food to follow in the Hall from 5:00 – 8:00pm. Live Stream Mass: Go to St. Ignatius Loyola Cathedral link: https://www.cathedralpb.com/ Select LIVE MASS button. In lieu of flowers, please make a donation in Don’s name to any of the following: St. Jude Children’s Research Hospital www.StJude.org; Doctors without Borders www.doctorswithoutborders.org; Gary Sinise Foundation Home | Gary Sinise Foundation; Wounded Warriors www.woundedwarriorproject.org; St. Joseph’s Indian School www.stjo.org; Catholic Relief Services www.crs.org

Donald Emmet Kehr, 87, of Tequesta, FL passed away peacefully on February 8, 2022. Donald was born in Oconomowoc, WI on September 27, 1934, and raised in Watertown, WI where he met his wife Barbara Nesta Kehr. He was a loving husband and father.... View Obituary & Service Information

The family of Donald Emmet Kehr created this Life Tributes page to make it easy to share your memories.