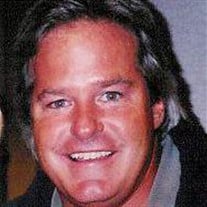 Jupiter, FL: David A. Przysinda, 57, died peacefully in his sleep on November 15, 2019. David grew up in Rochester, NY and moved to Jupiter, FL in 1997. Surviving David is his daughter, Olivia Anne Przysinda; Olivia’s mother, Jacqueline Przysinda; his mother, Carol Przysinda; his brother, Richard Przysinda and his daughter Carly Przysinda; his sister Jennifer(Przysinda)Patterson and her two sons, Joseph and Brendan Patterson. David's most beloved friend and companion, his dog Henry. David followed in his father’s(Dick Przysinda)footsteps and became a salesman for the family business, Monroe Litho in Rochester, NY. After landing in Jupiter, FL, nearly 20 years ago, he opened and ran the successful Restaurant 1352 and the soaring business National Terminal Services. Along with his business success, David was able to play and win multiple golf tournaments across the country his entire life. However, it was his love of fishing that encompassed his thoughts within his everyday life. David's fishing excursions took place in The Thousand Islands, throughout Alaska, and the entire Bahamian Islands, but always found his sweet spot at his own dock, looking for snook in the night hours. Among David's finest accomplishments was restoring "The Apava", the 1969 Rybovich, with his bestfriend and partner, Dick Przysinda. The vessel's Hindu meaning, "He who sports in the water" came to life in 2015 to serve him and his crew for several tournaments, and many family celebrations. For David, there was never enough fish to catch and never enough friends to meet. We will all miss his beautiful smile. A celebration of David's life will be on December 20th, 2019 at 10:00 am, St. Patrick Church in Palm Beach Gardens, Florida. In lieu of flowers, donations will be made in David's name and will go towards the Relief Fund for the Bahamas, 25united.org Contact-Stephen Leighton (772)-260-3345. For online condolences please visit www.taylorandmodeen.com

The family of David Allen Przysinda created this Life Tributes page to make it easy to share your memories.

Jupiter, FL: David A. Przysinda, 57, died peacefully in his sleep...