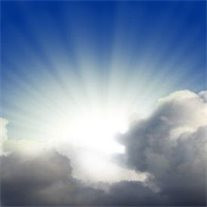 The Reverend Dr. C. Patrick Shaffer, 69, passed away on Friday, May 30, 2014 at Jupiter Medical Center in Jupiter, Florida. He was born on December, 1, 1944 in Dunbar, West Virginia to Rex and Christine (Davis) Shaffer. Pat grew up in Dunbar, West Virginia. He graduated from Dunbar High School in 1962. After high school he attended West Virginia State University in Charleston, WV, where he received a B.A. in Psychology, Sociology, and Philosophy. After college he spent 8 years working with the Federal Bureau of Prisons. Then he entered Union Theological Seminary in Richmond, Virginia where he earned a Master's Degree in Divinity and a Doctorate of Ministry. Pat served as the Pastor of the First Presbyterian Church of Dade City, FL from 1978 until 1991. Then, in 1991, he was called to the First Presbyterian Church of Tequesta, where he has been serving as Senior Pastor for the past 24 years. He also served on the Internal Review Board of Jupiter Medical Center, as well as several other boards and organizations. Pat married Connie Bobo in 1966 in Dunbar, WV. They were happily married for 48 years. Pat was an avid golfer who loved life, his family, his friends, and his church. Pat joyfully entered every room whistling or singing. Throughout his forty years of ministry, Pat impacted the lives of countless people, and reminded everyone he met that "Life is Good!" Pat was preceded in death by his parents, Rex and Christine Shaffer, his brother, Richard Shaffer, and his children, Patty Ann and Amy. Pat is survived by his wife Connie, his children, David (Missy) Shaffer, Sara (Bill) Splittgerber, and Rebekah (Edward) Ricourt, his grandchildren, Hannah Shaffer and Meghan Shaffer, and his siblings, Larry Shaffer, Barbara (Doug) Bastian, Rex (Lilly) Shaffer, Tom Shaffer, Mike (Debbie) Shaffer, Mark (Margaret) Shaffer, Kathy (Jerry) Whanger, and numerous nieces and nephews. A memorial service will be held at The First Presbyterian Church of Tequesta (Florida) on Wednesday, June 4, at 4:00pm. The family will be greeting friends and relatives in the Church Hall immediately following. The family asks that in lieu of flowers, donations be made to The First Presbyterian Church of Tequesta or to Family Promise of Palm Beach County.

The Reverend Dr. C. Patrick Shaffer, 69, passed away on Friday, May 30, 2014 at Jupiter Medical Center in Jupiter, Florida. He was born on December, 1, 1944 in Dunbar, West Virginia to Rex and Christine (Davis) Shaffer. Pat grew up in Dunbar,... View Obituary & Service Information

The family of Charles Patrick Shaffer created this Life Tributes page to make it easy to share your memories.