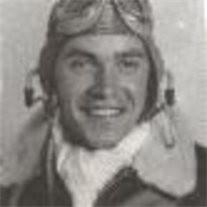 Bernard Wohl Lt. Colonel U.S.A.F. Retired Born: 15 October 1923 Deceased: 05 May 2012 Retired pilot Bernard Wohl of Jupiter, passed away at home after a short battle from the effects of a long life. Bernie started his long career in aviation after enlisting in the U.S. Army in 1942.He was accepted into the Army Air Corps in 1943. In 1944 after earning his wings he was commissioned a 2nd Lieutenant and served in the North African / Italian theater during WWII. Bernie served in the U.S. Army Air Corps and later the U.S. Air Force Reserve until his retirement from service in 1964 where he attained the rank of Lieutenant Colonel. During Bernie's 22 year career in the military, he flew eleven different types of aircraft including: the P-17, P-39, C-47, B-25, B-29 and the B-50. Bernie started at American Airlines in 1950 as a Flight Engineer. He was promoted to Captain in 1955 and designated Chief Pilot in 1960. He served, on numerous occasions, as Assistant Director of Flight Operations. During his 33 years at American Airlines he was instrumental in testing and implementing a number of innovative devices used in aviation. Captain Wohl flew American Airlines first 747 Jumbo Jet across the country and the first American Airlines jet equipped with Gyroscope Navigation across the pacific. Bernie retired from American Airlines in 1983. During his 33 years with American Airlines he flew eleven different types of aircraft including: the Convair 240, DC-10, Boeing 727, and the Boeing 747. Bernie was born in Brooklyn, New York. He resided in a number of towns in New York, Massachusetts and Connecticut. He lived for a short time on St. Croix U.S. Virgin Islands before settling in Jupiter, Florida. Bernie loved to play golf and a was a member, for some time, of the Tequesta Country Club. He loved to dine out and could often be seen enjoying a meal at a number of local establishments in and around Jupiter. Bernie is survived by three children: Shyer Wohl Maguire of Holliston, Massachusetts; Mark Wohl of Amber, Oklahoma; Erik Wohl of Jupiter, Florida. He was predeceased by two children; Jeffrey Wohl of Woodstock, Connecticut and Kurt Wohl of Newtown, Connecticut. He is survived by five Grandchildren; Heather Wohl, Mark Wohl, Brenden Wohl, Amy Galvin and Zeph Pitt. Survived by four Great Grandchildren; Sarah Galvin, Brenden Galvin, Daniel Pitt and Myrakel Pitt. Per Bernie's request there will be no services. In lieu of flowers donations can be made to Hospice of palm Beach County, 5300 East Ave., West Palm Beach, FL 334078. For online condolences, please visit www.taylorandmodeen.com. Taylor and Modeen Funeral Home Family Owned & Operated (561) 744-2030, Jupiter, FL

The family of Bernard Wohl created this Life Tributes page to make it easy to share your memories.