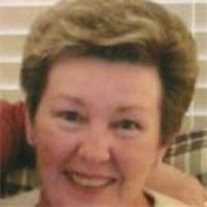 Anne-Marie Hanson Kirkpatrick wonderful wife, mother, nana, daughter, sister and friend died unexpectedly at her home in Jupiter, FL on May 1, 2011. She was 70 years old. Born in Worcester, MA on May 18, 1940, Anne-Marie was the daughter of Walter W. and Esther L. Hanson. She was preceded in death by her beloved husband of 41 years, The Rev. Dr. William F. Kirkpatrick. She was a graduate of Massachusetts General Hospital School of Nursing. Anne-Marie spent many years as a homemaker extraordinaire. She graciously volunteered and served the communities in which she lived. She went on to serve as both Administrator of the A.K. Rice Institute and Administrator of the National and International Conferences for over 25 years. She was named an Honorary Fellow of the A.K. Rice Institute when she retired in 2006. Anne-Marie and her husband, Bill, spent over 20 years together with their family in the Rochester, NY area. they spent five years in Washington, DC before they moved to Jupiter, FL where they resided since 1986. She is survived by her three daughters, Elizabeth, wife of Dean Byler, Harrisburg, PA, Deborah, Wife of Patrick McMenamin, Telford, PA, Kristin, wife of Robert Chapman, Palm City, FL and her 12 grandchildren: Elijah, Ana, Danielle, Micah, Rachel, Cherise, Ben, Jonny, Catelyn, Connor, Kelly and Megan. She also leaves her mother, Esther L. Hanson, sister, Janet H. Hanson and brother, John W. Hanson, all of Jupiter, FL and five nephews, Joseph, David, Theodore, Douglas and James Kirkpatrick. The Funeral Service will be held on Monday, May 9, 2011 at 3:00 PM at the Episcopal Church of the Good Shepherd, 400 Seabrook Road, Tequesta, FL. In lieu of flowers, contributions may be made to the Massachusetts General Hospital Nurses Alumni Association for the Ruth Sleeper Scholarship Fund, P.O. Box 6234, Boston, MA 02114. For directions & online condolences, please visit www.taylorandmodeen.com. Taylor & Modeen Funeral Home Family Owned & Operated (561) 744-2030

Anne-Marie Hanson Kirkpatrick wonderful wife, mother, nana, daughter, sister and friend died unexpectedly at her home in Jupiter, FL on May 1, 2011. She was 70 years old. Born in Worcester, MA on May 18, 1940, Anne-Marie was the daughter of... View Obituary & Service Information

The family of Anne-Marie H. Kirkpatrick created this Life Tributes page to make it easy to share your memories.