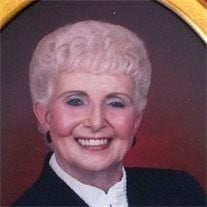 OBIT - ALICE R. EARLSTON Alice R. Earlston was called to her maker. She was born 27 December 1920 in Roxborough , Pennsylvania the youngest of 8 children, she was the sole survivor and the Matriarch of the family. Her parents were Cornelius Hart and Alice Tinneny Hart. She was predeceased by brothers Cornelius, John, Frank, Sisters Alice, Margaret and Isabel. She was married to retired Navy Captain Robert Earlston and resided in Jupiter Farms moving there from Patuxent River Naval Air Station in Great Mills, Maryland. She is survived by her daughters Alice Palmer of Yuma, Arizonia and Mary Ellen & Anthony Sariti of Bethesda, Maryland and a son James & Teri Kennedy of San Clemente, Ca. She was predeceased by her daughter Constance Mangan , She is survived by step-son Jere & Linda Earlston of San Diego, Ca. and a step daughter Dixie & Larry Benoit of Lafayette, La. Surviving Grand children James Koch, Kevin Koch, John Lynch, George Brownridge, Constance Lutz, William Waite, Marcus Waite, Whitney Braden, Lonnie Benoit, Jamie Benoit, Robin Calafata, Sam Earlston, Amy Sariti, Andrew Sariti, and Jeanette Kennedy Gordon. And many great grand children and 3 great great grandchildren. She was a long time parishioner at Saint Peter Catholic Church in Jupiter and participated in many support roles. She was an employee of Club Demonstrations Company at the Costco store on North Lake Blvd were she participated as a food demonstrator for 18 years, She was a resident of Pennsauken, N.J. were she was the owner and operator of the Park Beauty Salon for 17 years. She was a teaching beautician and taught the art of beauty and make up in the Haddonfield School District. In 1971 she married Navy Lieutenant Bob Earlston, a union that lasted forever. A visitation will be held on Wednesday, February 6, 2013 from 7 p.m. until 9 p.m. with a wake service at 8 p.m. at Taylor & Modeen Funeral Home, 250 Center Street, Jupiter, FL 33458. A Mass of Christian Burial will be held on Thursday, February 7, 2013 at 11 a.m. at St. Peter Catholic Church, 1701 Indian Creek Parkway, Jupiter, FL 33458. Entombment will follow at Royal Palm Memorial Gardens, West Palm Beach, FL.

OBIT - ALICE R. EARLSTON Alice R. Earlston was called to her maker. She was born 27 December 1920 in Roxborough , Pennsylvania the youngest of 8 children, she was the sole survivor and the Matriarch of the family. Her parents were Cornelius... View Obituary & Service Information

The family of Alice Earlston created this Life Tributes page to make it easy to share your memories.

Alice R. Earlston was called to her...