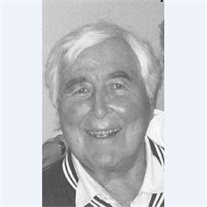 Alexander "Sandy" Lankler died on Thursday December 12, 2013 at his home in Jupiter, Florida. Sandy was the rare mix of lawyer, lobbyist, philanthropist and politician that took genuine pleasure in the twists and turns of life. He was born on June 30, 1928 – the son of Reverend Ralph Conover Lankler and Helen MacDonald Lankler. In 1944, at the age of 16, he founded and served as the first National President of the Younger Republican Clubs of America. In subsequent years, he was President of the Junior Republicans of New York State and the Junior Republicans of America. In 1948 he graduated from Hamilton College and received his law degree with honors from Cornell Law School in 1951 and never looked back. Before he practiced law with private firms in New York and Washington, he served with distinction in the United States Coast Guard (1951-1953). He served as Assistant to Governor Thomas E. Dewey. He was active in both the Treasury Department as well as the GSA. He was the Deputy Manager of Nelson A. Rockefeller's national campaign for President. He served as Chairman of the Republican State Committee in Maryland. He was a founder of the Potomac United Presbyterian Church, Potomac, Maryland and President of the Board of the Church by the Sea in Bal Harbour, Florida. He was married at the time of his death to Dr. Sara Ashworth Lankler. He was married to Celeste Baldwin Skeen for 42 years and to Anita Andreason for 10 years before their deaths. He is survived by his daughters Melissa M. Lankler and Lesley L. Lankler Dangerfield (Dr. Paul Dangerfield). He is also survived by two granddaughters, Celeste M. Kelly and Stratton L. Dangerfield. Sandy was also survived by his brother Roderick C. Lankler and his wife Barbara; four nephews Andrew (Beth), Douglas (Jill), Gregory (Tracy), Stephen (Diana); and ten great nieces and nephews; and his aunt Janet Bates. He was a member of the Metropolitan Club and the Chevy Chase Club. What made Sandy different was that he was a man of passions. He helped start restaurants. He started churches. He ran hotels. He helped the beaches of Jupiter, Florida become dog friendly. Near the end of his life he and his wife Sara started the Renewal Coalition which is a non-profit organization that helps wounded veterans and their families make the transition from military to civilian life. The Florida memorial service will be held February 1, 2014 at 1:00PM at106 West Riverside Drive, Jupiter, FL, 33469, [email protected] In lieu of flowers, the family would ask that donations be made to the Renewal Coalition Inc, 88 West Riverside Drive, Jupiter, Florida 33469 or to a charity of choice.

Alexander "Sandy" Lankler died on Thursday December 12, 2013 at his home in Jupiter, Florida. Sandy was the rare mix of lawyer, lobbyist, philanthropist and politician that took genuine pleasure in the twists and turns of life. He was born on... View Obituary & Service Information

The family of Alexander Sandy Lankler created this Life Tributes page to make it easy to share your memories.